Beside Allah being ordering of killing non muslims and apostates of Islam with direct Quranic commandments and that in itself is legalizing the sin of murder and killing, he also indirectly legalize sins in generally implicitly in a lot of cases through unjust doctrine.

Their is a theological terminology for legalizing sin and that is called “antinomianism”, for definition and details refer to this link

So before we talk about antinomianism in Islam, to be fair and consistent let’s ask the same question when it comes to Christian faith

Is their Antinomianism in Christianity?

Muslims think that the free gift of salvation as grace from God by accepting Jesus as Lord and receiving him and his complete redeeming work on the cross is an excuse for antinomianism but that is totally wrong and unbiblical because the true faith in Jesus Christ leads to true conversion by being born again, Jesus said in John 3:3

Verily, verily, I say unto you, Except a man be born again, he cannot see the kingdom of God.

The teachings of Jesus Christ is very clear and very straight forward true faith leads to true conversion and that is the saving faith, in epistles we find also those 2 examples out of many

For in Jesus Christ neither circumcision avails anything, nor uncircumcision; but faith which works by love.

For in Christ Jesus neither circumcision avails anything, nor uncircumcision, but a new creation

In Christianity after the atonement process there is satisfaction process.

For more about grace, attonment and satification, read the following 2 articles from “gotquestions.org”

Is their Antinomianism in Islam?

Yes indeed and following is the evidences

If you ignored the deception of Sahih international, Yusuf Ali and all that forgery to hide the scandals of the Quran and went straight to the exact and accurate translation of Surah Al Shams you will find that Allah is he who inspired wickedness in mans heart

And by the soul and him who fashioned it, so he {Allah} inspired it its wickedness and its piety

And hay are you expecting that when you open the Islamic Tafasirs for this ayah that they will say it bluntly into your face that “Allah inspires wickedness into man’s heart”??????? Of Course not!

But more or less even so if English translations and Tafasir are trying to have smoke screens around it it is their, Muhammad did spit that out, use your mind my Muslim friend!

So who inspired sin into your soul must also had gave you license to use it, right????? If you are not convinced enough the rest of evidences will do

By Him in Whose Hand is my life, if you were not to commit sin, Allah would sweep you out of existence and He would replace (you by) those people who would commit sin and seek forgiveness from Allah, and He would have pardoned them.

Yes as you just read, if his servile Muslim servants stopped sinning, he will start threating them to be removed from existence!

Is that a way to encourage someone to use Allah mercy, if you stopped sinning I will remove you from existence and bring others????

So Allah needs to practise his divinity in form of bestowing mercy, if Muslims stopped sinning, where will has mercy go????? So he will stop being Al RAHMAN AL RAHIM???????

Allah needs to practise his Godhood and bestow mercy, he needs a justification for his existence. Allah’s Godhood needs mankind wickedness!

So Muslims, please sin to satisfy your Allah! Otherwise he will remove you from existance

Third Evidence: Allah uses physical measures to decide whether he should bestow mercy or not

So the man was told to gain mercy for killing 99 person, he has to travel to some city where it is a land of piety, but somewhere in between the current city to the piety one he died, so the judgment was that the angels has to measure the distance between his body and the 2 cities and if he is closer to the piety city then Allah will bestow mercy and the angels of mercy will get him!!!

Since it is physical measure based justice, thanks God he did not die exactly in the middle otherwise angels has to divide him into two pieces, one piece for Janna and another for Hell!!

Forth Evidence: ِAfter repeating the same sin several times, Allah will tell the muslim do what you like, you are forgiven!!

Abu Huraira reported from Allah’s Messenger (ﷺ) that his Lord, the Exalted and Glorious, thus said. A servant committed a sin and he said:

Is that real what happened after the third time???????? Did Allah just gave this sinner a Blank check to do whatever he wants signature?????

The answer is simply yes!

Every soul draws the meed of its acts on none but itself: no bearer of burdens can bear the burden of another

But what? Muhammad did not know about this ayah when he mentioned Sahih Muslim hadith we will present??????

When it will be the Day of Resurrection Allah would deliver to every Muslim a Jew or a Christian and say: That is your rescue from Hell-Fire.

Abu Burda reported on the authority of his father that Allah’s Apostle (ﷺ) said:

No Muslim would die but Allah would admit in his stead a Jew or a Christian in Hell-Fire. ‘Umar b. Abd al-‘Aziz took an oath: By One besides Whom there is no god but He, thrice that his father had narrated that to him from Allah’s Messenger (ﷺ).

So he did swear three times that this hadith is Sahih, now the next variation of the hadith is enough to invalidate Allah of Islam as being unjust, let’s see what does it say

There would come people amongst the Muslims on the Day of Resurrection with as heavy sins as a mountain, and Allah would forgive them and He would place it on the Jews and the Christians.  Abu Raub said: I do not know as to who is in doubt. Abu Burda said: I narrated it to ‘Umar b. ‘Abd al-‘Aziz, whereupon he said: Was it your father who narrated it to you from Allah’s Apostle (ﷺ)? I said: Yes.

So some poor old Christian monk who was in a Monstory all his life since he was 18 who never knew a women, but on the day of resurrection, he will find himself an adulterer who slept with whores because their was a Muslim in a nearby city who was doing that a lot for years and years and then finally said AL SHAHADA and died!!!!!

How convenient is that for Muslims to practice antinomianism as much as they like?????

My dear Muslim friend, I invite you to leave Islam behind, and know why the true God created you and what is you real and wonderful reason or your existence by reading the following article

Cheer Up; There’s Hope For You 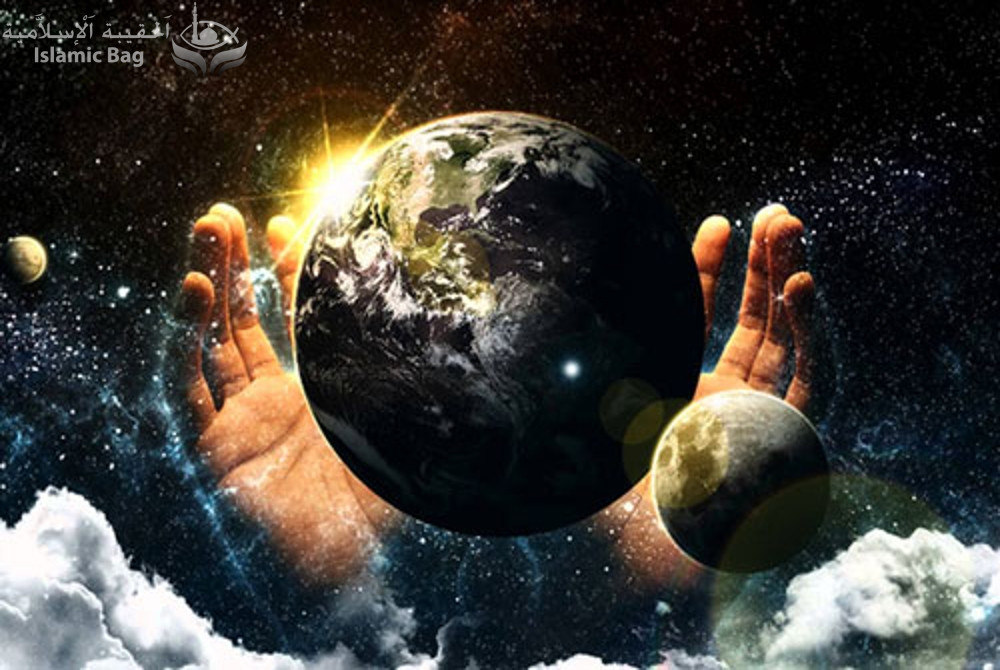 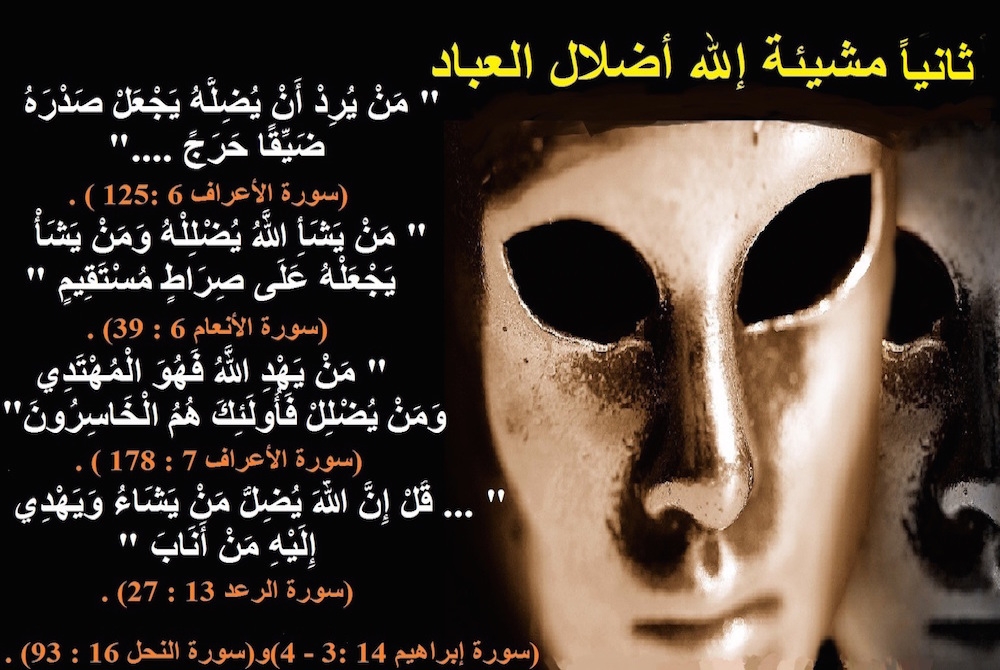 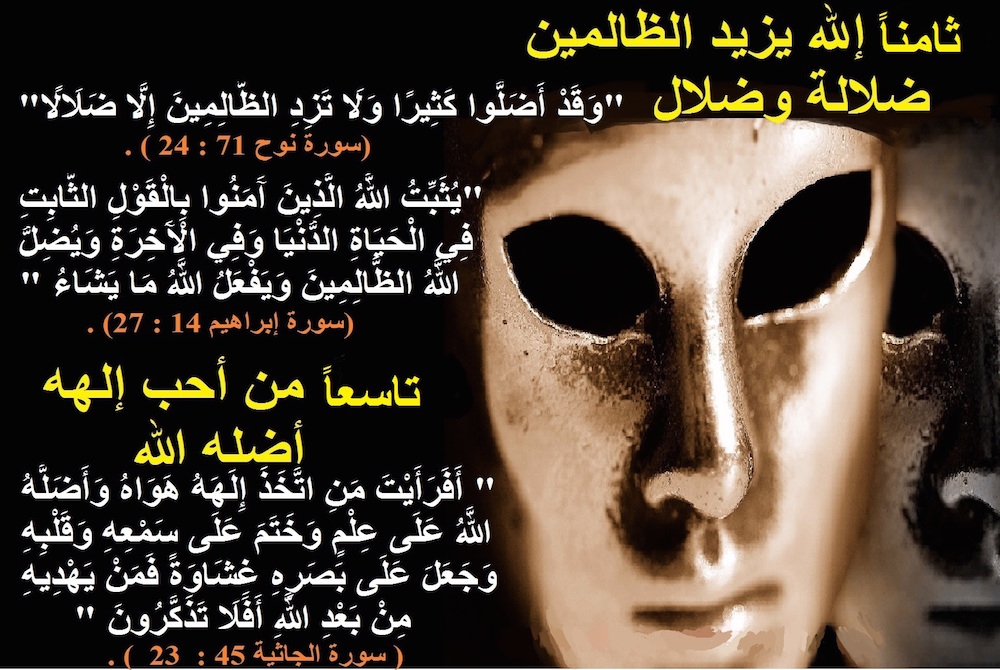 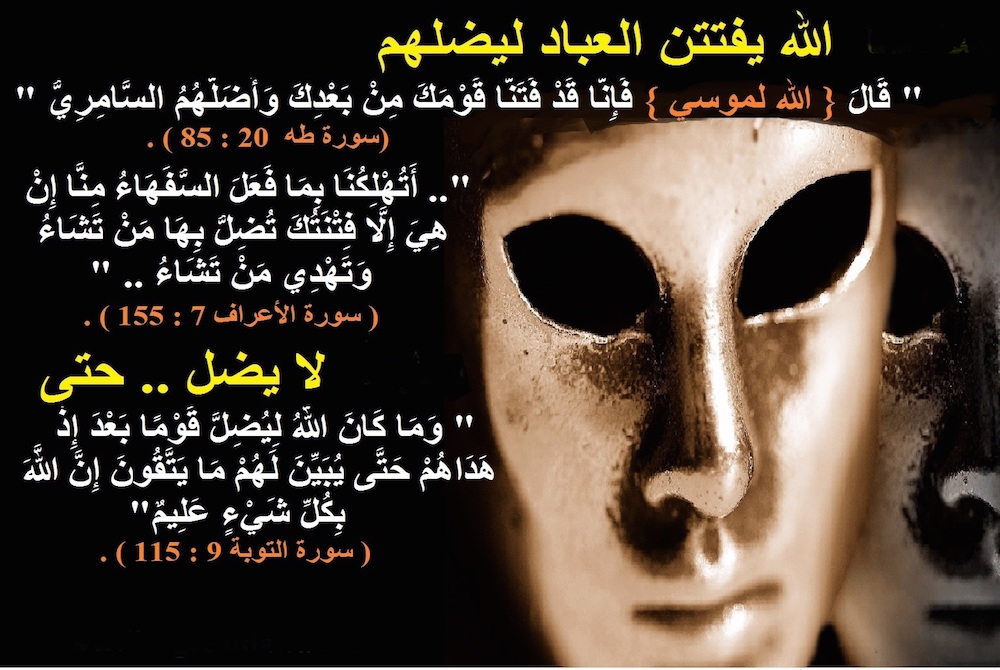