Islam claims that Kaaba at Mecca existed since the time of Abraham. No proof supports this claim since their not one inscription or archeological discovery older than the 3rd century AD at the meccan location.

Muhammad tried to identify Abraham with Mecca and the Kaaba in order to gain respect to Islam and make Islam as if an Abrahamic religion and natural continuation to Judaism and Christianity, although in the very core and foundation doctrine, theology values Islam is not an Abrahamic religion for more about that refer to this article

And [mention] when Abraham was raising the foundations of the House and [with him] Ishmael, [saying], “Our Lord, accept [this] from us. Indeed You are the Hearing, the Knowing (Sahih international)

Muhammad said that Abraham and Ishmael built the Kaaba at Mecca

But is that true? The evidence goes against that

Up to Muhammad’s time, Mecca had never been recorded in any ancient history. The following prominent Roman and Greece geographers and historians visited and explored the Arabian peninsula, yet they never mentioned Mecca or the Kaaba even once:

6- Pliny the Elder (1st Century BC) wrote about 92 regions, cities and tribes of Arabia but did not mention Mecca

Muslims claim that the city of Macoraba mentioned in Ptolemy’s Geography was actually Mecca. But Macoraba could not be Mecca since Ptolemy wrote that Macoraba was the sixth city south of Yathrib, and further south than Carna, the capital city of Ma’in a kingdom in Yemen. 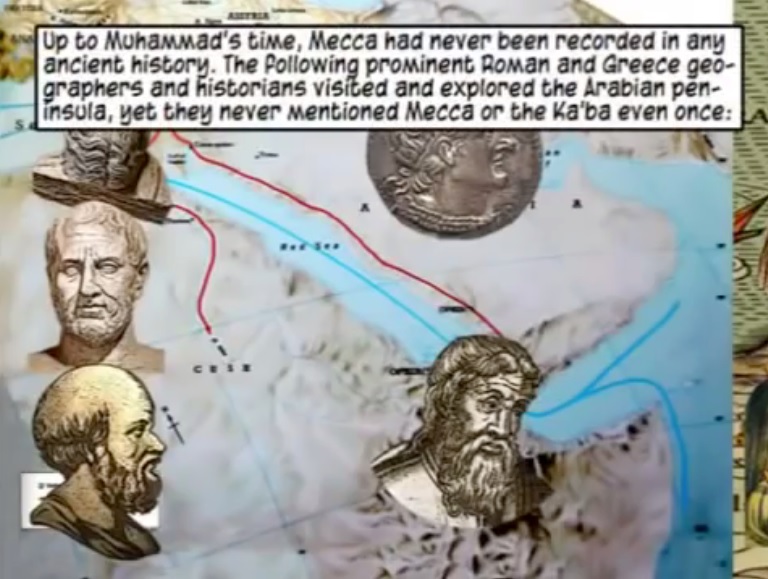 No ancient city or country in middle east failed to leave remnants of inscriptions, buildings or archaeological objects, for instance:

4- Stone carving from an ancient palace at Shabwa, the capital city of Hadramawt in Yemen, southern Arabia 8th to 3rd Century BC

6- Palace of Petra, carved out solid rock by the Nabataeans in Jordan 2nd Century BC

All ancient countries and cities left many inscriptions, monuments, buildings, and their names were mentioned in other countries inscriptions as well. There is no archeological findings in Mecca from th before the 4th Century AD. This indicates that Mecca did not exist in the time of Abraham and ishmael, nor even in the early Christian era. Example inscriptions that has cities and places on it are:

1- Seal of the Dilmun kingdom eastern Arabia, 3rd Century BC

2- Inscriptions of the Sabeans 1st Century BC

3- Remnants of the Dilmun kingdom 3rd Century BC

If the city of Mecca and Kaaba existed since Abraham’s era, it would be impossible for the city inhabited for over two thousand years not to leave a single trace. Archeological findings from the ancient middle east are abundant since the area is arid, so nature does not destroy historical monuments or objects as quickly as elsewhere, Thus an examination by Muslims of the purported historical information in the Quran is long overdue

In the Torah, Moses mentioned many tribes, cities and countries of the Middle East and surely if Mecca and Kaaba exists specially if it has religious significance to Abraham, why did not the Torah specified that??? If Abraham had built Mecca in the 19th Century BC that makes him the first builder of any city in Arabia. If this were true, such a great achievement would have become family lore and would have been recorded by Moses in the Torah

Since there was no city anywhere near Mecca in ancient times, that area was uninhabited. Camels need to drink at least every hundred miles. Without any city within a hundred miles of Mecca, it is not likely that Mecca was a caravan stop until a century or two before Islam

In the 2nd Century AD, a dam was breached in Ma’rib that is a city in Yemen, forcing the Khuza’ah tribe to migrate from there to the location where they later founded Mecca

Because no temple existed there, the Khuza’ah tribe erected a tent in which to worship, in the same location the Kaaba was later built. In the 4th Century, they started to build the city of Mecca.

King of Yemen, Abu Karb Asa’d, or Tubb’a, came to Mecca in the 5th Century. He built the Kaaba similar to the Kaaba found in Yemen

Abu Karb Asa’d covered the Ka’ba with a curtain (Kiswah), which was the second most important step after building the temple itself

So no muslim can’t say that we provide evidence from ignorance, no we know when is the first time people started to inhabit a place which is the current Mecca and build what is know today to be Kaaba

Abraham never stepped foot in Mecca. The bible explains that Abraham lives last in Hebron (in what is know Israel or Palestine), the Main city of southern canaan until he died and was buried in the cave of Machpelah (Genesis 25:9) near Hebron, a thousand miles from Mecca

Abraham source of living and wealth was all Livestock, those that can only service near rich natural resources, water supplies and areas with fertile Lands, we see that when Hebron suffered famine he had to go through the trouble of moving to Egypt in order to survive until the famine was over and he returned to Hebron, can you imagine Abraham suddenly decided to commit suicide and travel with all his possessions to Arabian peninsula???

It is well known that an average person on travel can only carry water that is enough for 3 days, after Abraham ordered Hagar and Ishmael to leave, almost dieing of thirst they drank from a well at Beersheba (Genesis 21:14-21) and that is approximately 3 days travel away from Hebron, no such thing that Hagar took Ishmael to Mecca siz months travel in the dessert to drink from Zamzam that is all Pagan myths. Why would an Egyptian woman who had been abandoned take her son to somewhere and travel six months in the desert without water???? Unless she lost her mind!! Naturally she will travel in place close with natural resource and that is why the Genesis account makes sense, she took him to Paran (a place between a wife and Jordon) and got him a wife from her country of origin Egypt

For more about wilderness of Paran refer to this research

And by the way the well of Zamzam was dug out by Muhammad’s grandfather Abdul Mottalib in the beginning of 7th century AD, and that is more than 2700 years after Hagar and Ishmael time!!

The lie of Mecca in Psalms 84

Blessed are those whose strength is in you, who have set their hearts on pilgrimage. As they pass through the Valley of Baca, they make it a place of springs: the autumn rains also cover it with pools.

So where is Mecca? It is Baca not Mecca and Baca is a valley in the current Israel or palestine area as in the following map 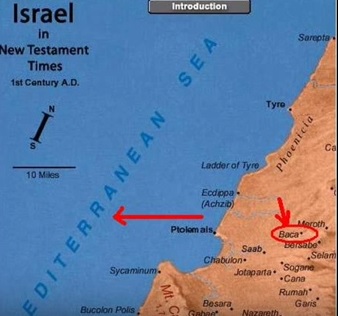 In the ancient maps of Israel, Baca is by the bank of Mediterranean sea, and it is named like that because it is famous with the balsam tree that produce a liquid looks like tears and that is the Baca hebrew word means, Baca based on crying or tearing. And off course scientifically and fact on the ground Mecca can not have such trees

For evidence watch this video

A Brand New Life Of Victory 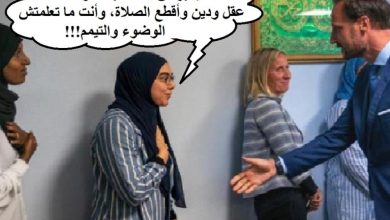 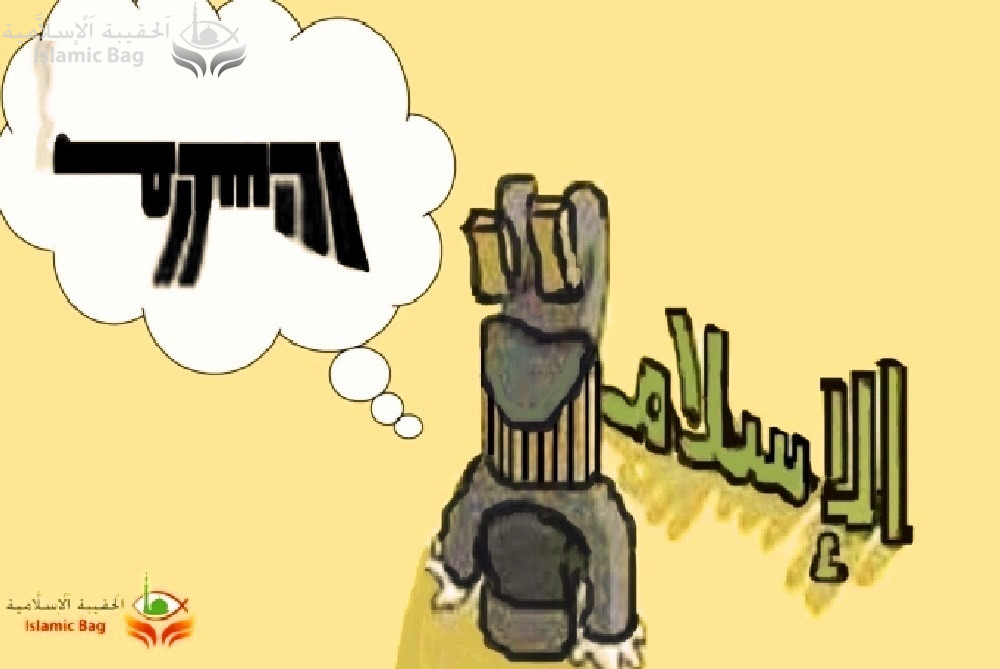 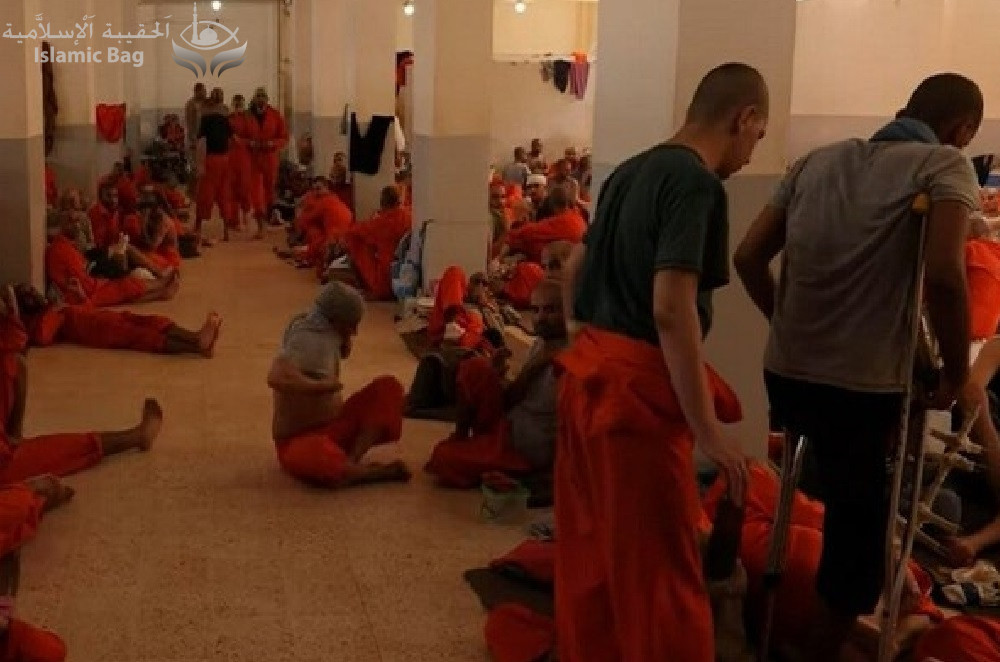 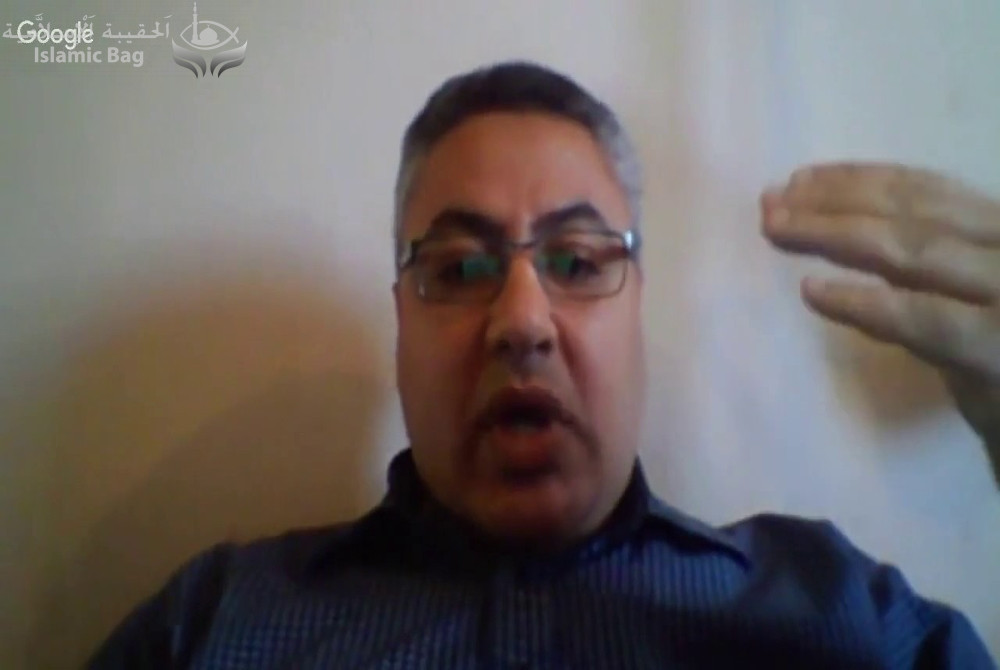