Islam the Religion that places mankind into slavery Part 1, Allah refuses to be called a father to anyone

In Islam  Allah refuses to be called a father to anyone a and hence mankind are slave in his eyes. Meanwhile Mohammed always tried to associate to Abrahamic religions we find that Islam are in deep conflict with the essential principals and very core foundation of Judeo Christian faith

Of those core foundational values are:

First: God’s love for his own people is above any love anyone experienced from anyone else

it is written in the OT the following

Can a mother forget the baby at her breast and have no compassion on the child she has borne? Though she may forget, I will not forget you!

The LORD has appeared of old unto me, saying, Yea, I have loved you with an everlasting love: therefore with lovingkindness have I drawn you.

And In NT we find that the deepest expression for God’s compassion and love for humanity is Jesus himself, Jesus was God’s love in action, for example Jesus said

Greater love has no one than this: to lay down one’s life for one’s friends

For God so loved the world that he gave his one and only Son, that whoever believes in him shall not perish but have eternal life.

God loved the whole world evil ones and good ones, wicked and righteous, God loves the sinner but hates his sin.

Now did Islam accept this important aspect about the true God of Judaism and Christianity? The answer is no, lets explain that

The Quran conveys a God that hates a lot of people

Or at least all mankind must first taste hell and the maybe some if them will be spared, we find that in the following 2 Ayahs

If thy Lord had so willed, He could have made mankind one People: but they will not cease to dispute (118) Except those on whom He hath bestowed His Mercy: and for this did He create them: and the Word of thy Lord shall be fulfilled: “I will fill Hell with jinns and men all together.“ (all of them)

Be ware not to be deceived by the english translations for the quran done by Muslim scholars like Youssef Ali that will never mention the true translation for “Agma3een” and it means “all together” so the whole Jinn and mankind must taste hell !

So all will go down into hell and will stay for unknown time and some of them might obtain mercy and moved out, does this look like a God who loves mankind????

B- Allah hates in particularly the jews and christians

For example in Surah Al Baqara 2:65, we find Allah hates who transgress the sabbath

And well ye knew those amongst you who transgressed in the matter of the Sabbath; We said to them: “Be ye apes despised and rejected.”

So whoever transgress the sabbath Allah removes their human soul and convert it into an ape soul??? Surely he is hates them that is waiting just for one transgression to convert them into animals, we find also that in Surah 5:60 he hates the Christians for worshiping Jesus and saying that this is worshiping Evil and for that he converts the christians into pigs!

Where in the whole history anyone witnessed Jews converted into apes for transgressing the Sabbath and christians converted into pegs for worshiping Jesus????? Islam is a religion of hate for Jews and Christians and that is why Allah ordered Muslims to fight and kill the Christians until they become Dimes or become Muslims in Surah 9:29, also in Surah 9:30 Allah is cursing the Jews for Saying Uzayr is Son of God (and their is not so what so ever a proof for that) and the Christians for saying that Christ is the Son of God, let us see Surah 9:30 in particularly 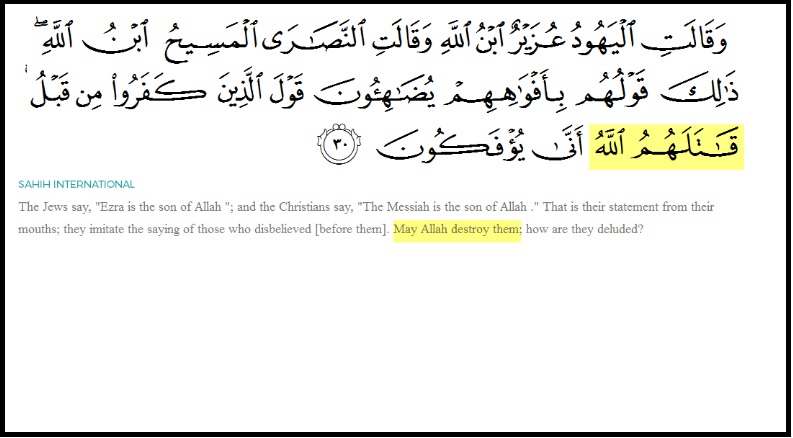 Someone is saying  “May Allah destroy them” then who is talking that is Allah but not Allah????

Second:The first and greatest commandment to all believers is this Love your God (and Love your Neighbor)

As this is a very core value of the believer in both OT and NT, in OT we find

Hear, O Israel: The LORD our God is one LORD:

And in NT Jesus Christ called this commandment beside love your neighbour as yourself as the first and great Commandment and was quoted in Mark, Matthew and Luke, and here is the Mark scripture as example

And Jesus answered him, The first of all the commandments is, Hear, O Israel; The Lord our God is one Lord:

31 And the second is like, namely this, You shall love your neighbor as yourself. There is no other commandment greater than these.

And here I ask the Question now back to Muslims, where in the Quran the most important value that the believer should know beside worshiping Allah??? There is none. No Ayah in Quran that asks the Muslim to Love Allah as far as I know

The Muslim would answer that Quran says worship Allah and fear Allah, does not that mean I love Allah? The answer is no, I could worship a super entity and fear it just because I am afraid to go to hell, what other choice do you have if Allah sware to fill hell with mankind and Jinns??????

Third:God is the heavenly father for the believers

In the very core of biblical teaching either OT or NT, is that God is the heavenly father for the believers, and believers are considered his own family, is not that beautiful and glorious and full of hope and assurance? It the secret of our rejoice and the power behind our faith

In OT we find the following example scriptures

Do ye thus requite the LORD, O foolish people and unwise? is not he thy father that hath bought thee? hath he not made thee, and established thee?

You are the children of the LORD your God. Do not cut yourselves or shave the front of your heads for the dead

Wherefore David blessed the LORD before all the congregation: and David said, Blessed be thou, LORD God of Israel our father, for ever and ever.

They shall come with weeping, and with supplications will I lead them: I will cause them to walk by the rivers of waters in a straight way, wherein they shall not stumble: for I am a father to Israel, and Ephraim is my firstborn.

But now, O LORD, thou art our father; we are the clay, and thou our potter; and we all are the work of thy hand.

But as many as received him, to them gave he power to become the children of God, even to them that believe on his name:

Now a Muslim could ask then what distinguish Jesus Son of God and you Christians being children of God?

Well, without diving into deep theology we answer this in with simple terms in short points:

2- Christ Jesus is the second Oknom in Trinity

God’s vision for mankind is this: that we become his own family, in Proverbs 8:31 says

And how happy I was with the world he created; how I rejoiced with the human family!

Allah of the Quran refused to be a father of anyone

The Quran concurs that the people of the book considered themselves children of God, we find that in Surah Al-Maeda 5:18

(Both) the Jews and the Christians say: “We are sons of Allah, and His beloved.” Say: “Why then doth He punish you for your sins? Nay ye are but men,― of the men He hath created: He forgiveth whom He pleaseth, and He punisheth whom He pleaseth: and to Allah belongeth the dominion of the heavens and the earth, and all that is between: and unto Him is the final goal (of all).“

And He, exalted is the Majesty of our Lord, has taken neither a wife, nor a son (or offspring or children)

Based on Mohammedian refusal of the core beliefs of Abrahamic faith, all the Muslim Apologists games using twist of meanings and overloading text with what it is not saying to make the bible look like has prophesied about Mohammed being the last prophet makes no sense simply because God does not defy himself. If God teaches and demonstrates that he is the heavenly father of mankind that loves and seeks to be loved, he will not come again and defy all that through the Mohammed invited inspiration in the Quran

There is none in the heavens and the earth, but bound to come to the All-Merciful as a slave. (Eng-Mufti Taqi Usmani)

Allah Saying “I did not create the Jinns and the human beings except for the purpose that they should worship Me.”

So Allah vision for mankind is slavery to worship allah and feed his divinity, Allah is uncomplete he need slaves so he become a God and practise divinity, what a sick unworthy of worship God

Was God known as Father in the Old Testament?

Forgiveness: A Tool For Your Happiness 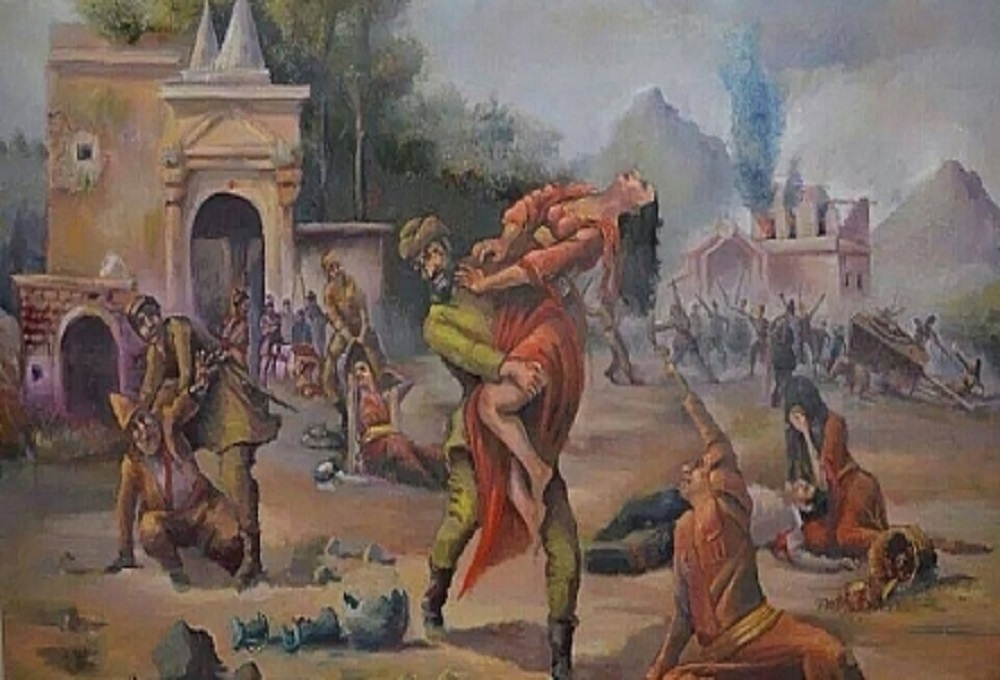 Islam the religion to enslave mankind Part 4, it is permissible by Allah to rape female war captives 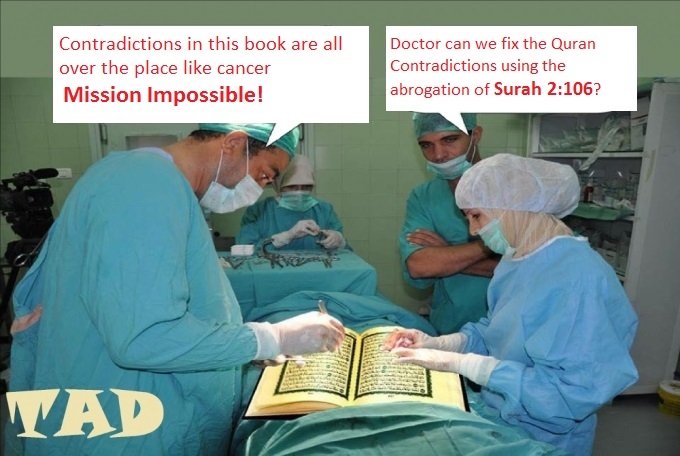 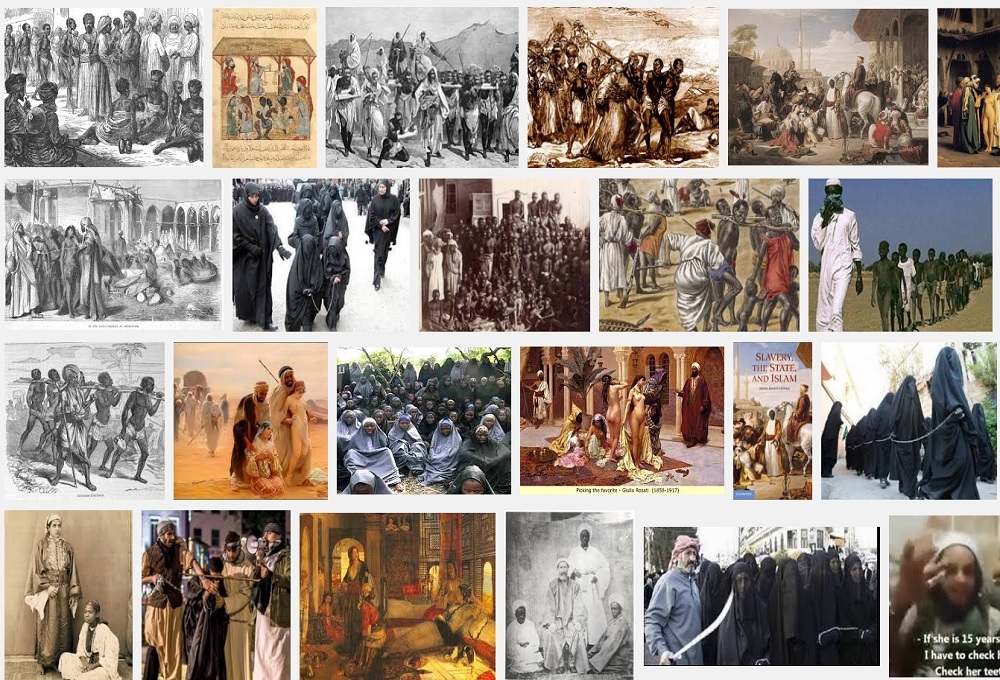 Islam the religion to enslave mankind Part 2, not only slavery of mankind but also forced Slavery! 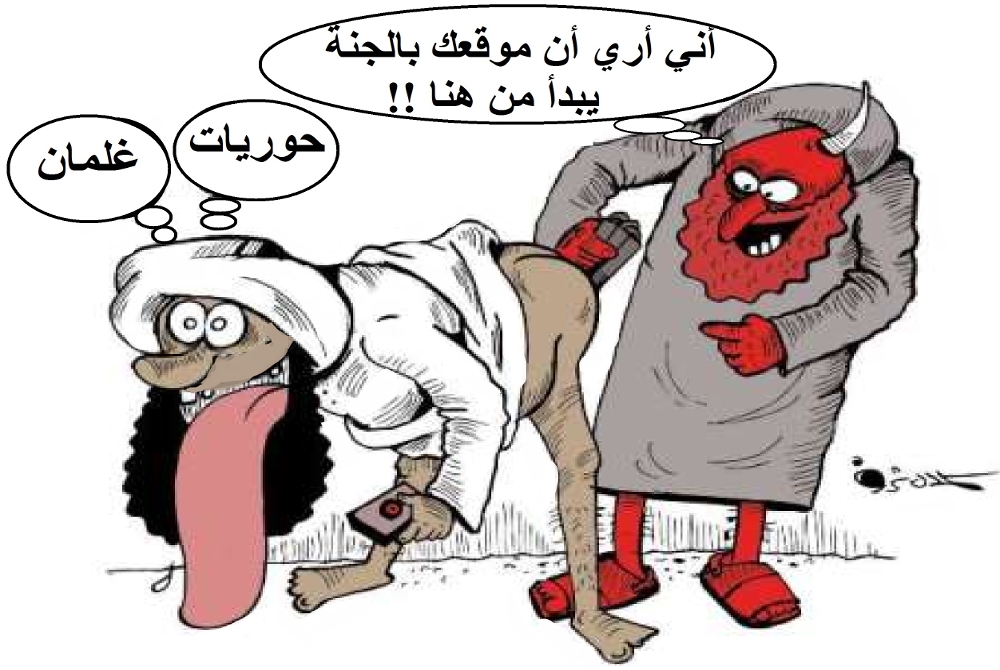