When Muhammad had enough military from Madina, he started the violence by sending a warning to the polytheists that was mentioned in

[This is a declaration of] disassociation, from Allah and His Messenger, to those with whom you had made a treaty among the polytheists

So travel freely, [O disbelievers], throughout the land [during] four months but know that you cannot cause failure to Allah and that Allah will disgrace the disbelievers.

And [it is] an announcement from Allah and His Messenger to the people on the day of the greater pilgrimage that Allah is disassociated from the disbelievers, and [so is] His Messenger. So if you repent, that is best for you; but if you turn away – then know that you will not cause failure to Allah . And give tidings to those who disbelieve of a painful punishment.

And this threat in 9:1 is not due to an offensive made by the polytheists but as final deadline for them to submit to Islam or otherwise the punishment will be torture

And when the sacred months have passed, then kill the polytheists wherever you find them and capture them and besiege them and sit in wait for them at every place of ambush. But if they should repent, establish prayer, and give zakah, let them [go] on their way. Indeed, Allah is Forgiving and Merciful.

Now notice that here the Ayah talks in absolute and generic form and puts a rule by using an “if”, also it indoctrinates an offensive position as it says “wherever you find them”

Now for each ayah we will always ask 2 questions:

1- What is the motive. Or what triggered the directive of the ayah?

2- And what is the final objective.

Why is the directive to kill those group of people? They are polytheists

What is the final objective or goal? That they become Muslim or die!

But then they became Muslim because they really convinced and believed or because they were forced into Islam???

We find also something very interested in Tafsir Ibn Kathir for Surah 9:5 that says

“No idolater had any more treaty or promise of safety ever since Surah Bara’ah (Surah 9) was revealed.  The four months, in addition to, all peace treaties conducted before Bara’ah was revealed and announced had ended by the tenth of the month of Rabi Al-Akhir.” 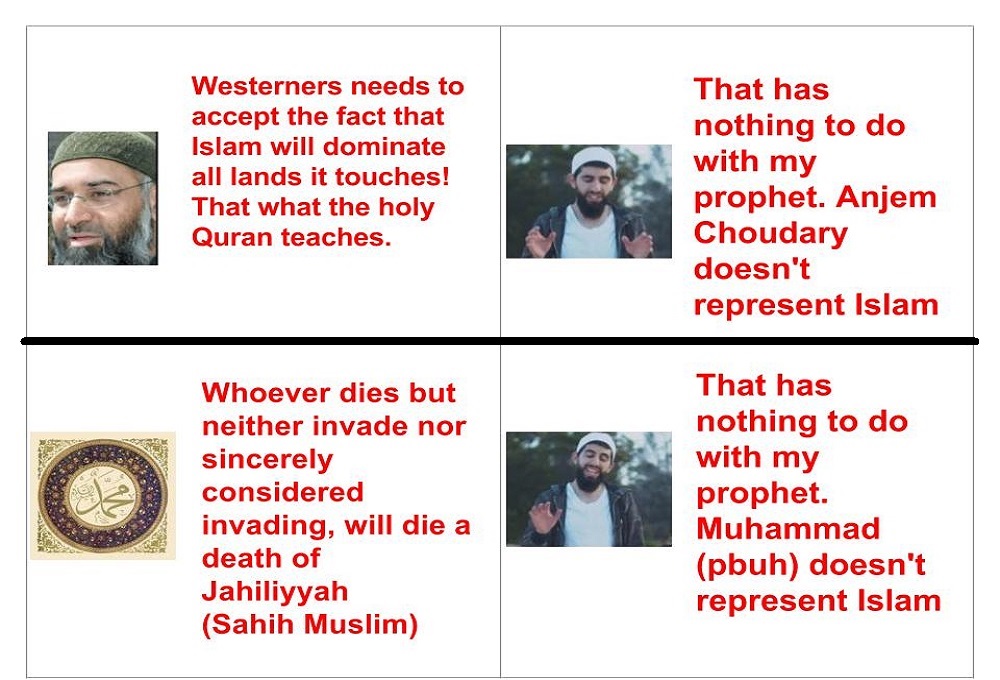 The fascism and racism against the people of the book

Fight those who do not believe in Allah or in the Last Day and who do not consider unlawful what Allah and His Messenger have made unlawful and who do not adopt the religion of truth from those who were given the Scripture – [fight] until they give the jizyah willingly while they are humbled.

Here we apply the motive and objective criteria

Did the people of the book in history started any aggression with Muhammad and his followers? The answer is no

Then why the directive in Surah 9:29 to fight the people of the book???

Simply because they are Jews and Christians!!

What is the objective or goal? They become Muslim or pay the Jizyah or die!

Now Ibn Kathir Tafsir for 9:29 is long so we will only present the part that we want to highlight in this Article and we will comment on each paragraph

Did Rome sent an army to the Arabian peninsula and that is why the Muslims had to defend??? The answer is no, it is the intention of Allah of the Quran to start the aggression

Paying Jizyah is a Sign of Kufr and Disgrace

Thank you Ibn Kathir for stating the truth, that is why Christians in Islamic countries are 2nd degree citizens that are under siege and persecution

until they pay the Jizyah,

in defeat and subservience, and feel themselves subdued disgraced, humiliated and belittled. Therefore, Muslims are not allowed to honor the people of Dhimmah or elevate them above Muslims, for they are miserable, disgraced and humiliated.

Sahih Muslim recorded from Abu Hurayrah that the Prophet

Do not initiate the Salam to the Jews and Christians, and if you meet any of them in a road, force them to its narrowest alley

This is why the Leader of the faithful Umar bin Al-Khattab, may Allah be pleased with him, demanded his well-known conditions be met by the Christians, these conditions that ensured their continued humiliation, degradation and disgrace

The scholars of Hadith narrated from Abdur-Rahman bin Ghanm Al-Ashari that he said, “I recorded for Umar bin Al-Khattab, may Allah be pleased with him, the terms of the treaty of peace he conducted with the Christians of Ash-Sham:

`In the Name of Allah, Most Gracious, Most Merciful.

This is a document to the servant of Allah Umar, the Leader of the faithful, from the Christians of such and such city.

And following the conditions the christians were forced to agree upon

–We made a condition on ourselves that we will neither erect in our areas a monastery, church, or a sanctuary for a monk, nor restore any place of worship that needs restoration nor use any of them for the purpose of enmity against Muslims

-We will not prevent any Muslim from resting in our churches whether they come by day or night, and we will open the doors (of our houses of worship) for the wayfarer and passerby.

-Those Muslims who come as guests, will enjoy boarding and food for three days

-We will not teach our children the Qur’an, publicize practices of Shirk, invite anyone to Shirk or prevent any of our fellows from embracing Islam, if they choose to do so

–We will respect Muslims, move from the places we sit in if they choose to sit in them(is not that racism and Nazism????)

–We will not imitate their clothing, caps, turbans, sandals, hairstyles, speech, nicknames and title names, or ride on saddles, hang swords on the shoulders, collect weapons of any kind or carry these weapons

–We will have the front of our hair cut, wear our customary clothes wherever we are, wear belts around our waist, refrain from

funerals, or light torches in funeral processions in the fairways of Muslims, or their markets

-We will not bury our dead next to Muslim dead, or buy servants who were captured by Muslims

Fascism, racism against other religions including Christians and every ugly code of conduct you name it.

Terrorizing everyone who is not a Muslim

O Prophet, fight against the disbelievers and the hypocrites and be harsh upon them. And their refuge is Hell, and wretched is the destination

They swear by Allah that they did not say [anything against the Prophet] while they had said the word of disbelief and disbelieved after their [pretense of] Islam and planned that which they were not to attain. And they were not resentful except [for the fact] that Allah and His Messenger had enriched them of His bounty. So if they repent, it is better for them; but if they turn away, Allah will punish them with a painful punishment in this world and the Hereafter. And there will not be for them on earth any protector or helper.

So applying the motive and objective

Is not that fabricated reason? Yes it is, what aggression they did?

Objective or goal? Repent and become Muslim or die in hell!

Who does not invade is not a real Muslim

And what a cursed prescription from Allah poor Muslims!

Fighting is ordained for you (Muslims),

In this Ayah, Allah made it obligatory for the  Muslims to fight in Jihad against the evil of the enemy who transgress against Islam.

support, if support is warranted; to provide aid, if aid is needed; and to march forth, if he is commanded to do so. If he is not needed, then he

It is reported in the Sahih (Muslim and others):

Whoever dies but neither fought (i.e., in Allah’s cause), nor sincerely considered fighting, will die a death of Jahiliyyah (pre-Islamic era of

You do not trust me on that? Here is google translation

And hence the title of this article is 100% accurate 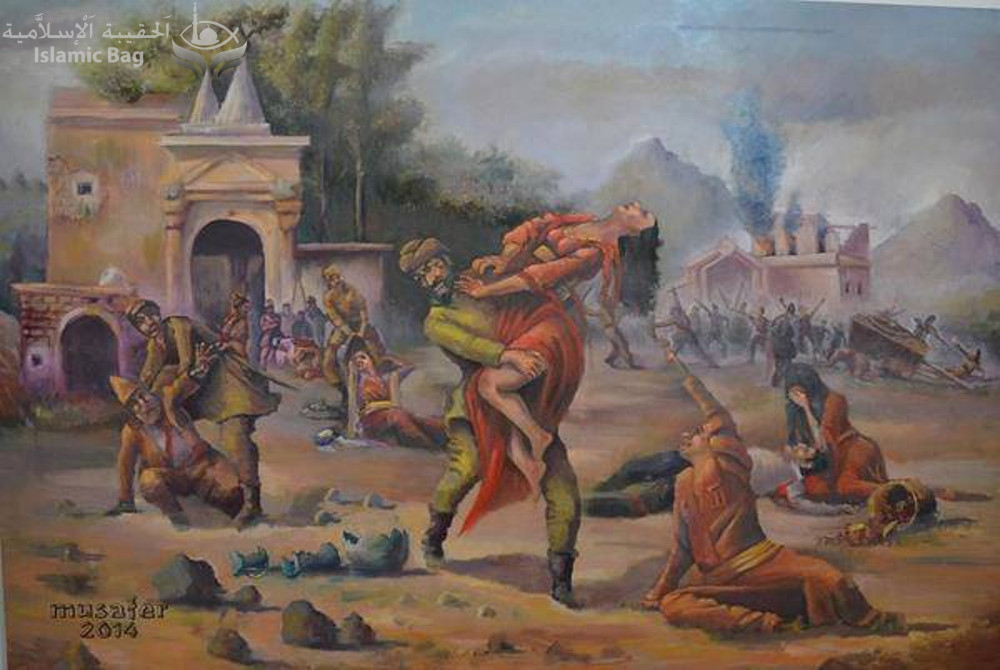 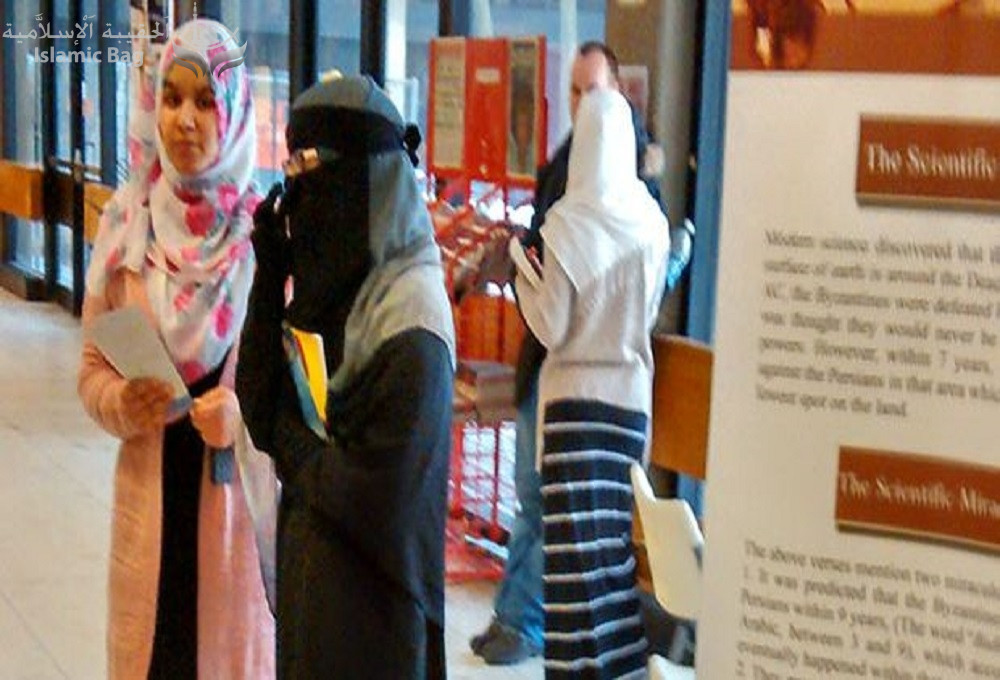 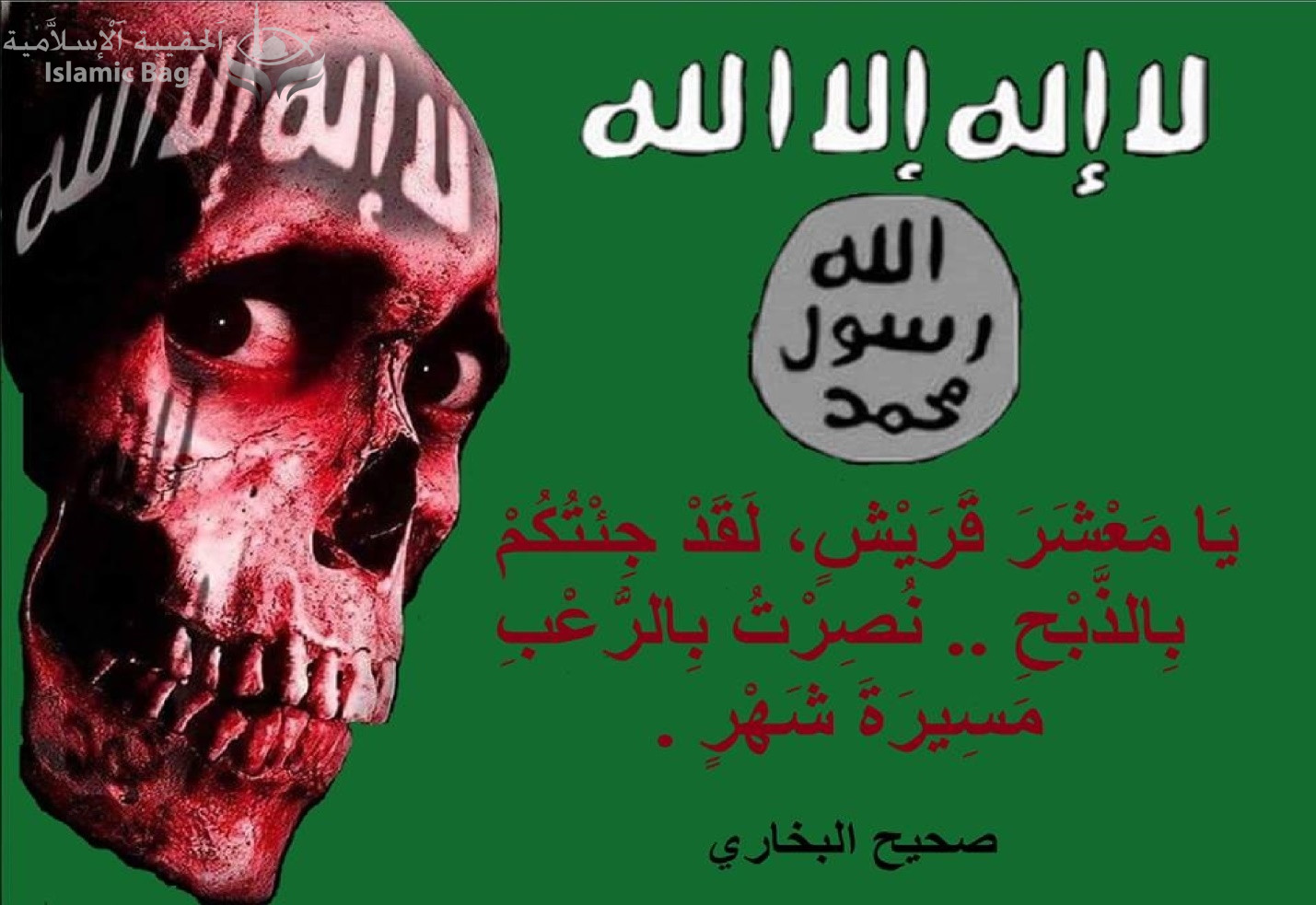 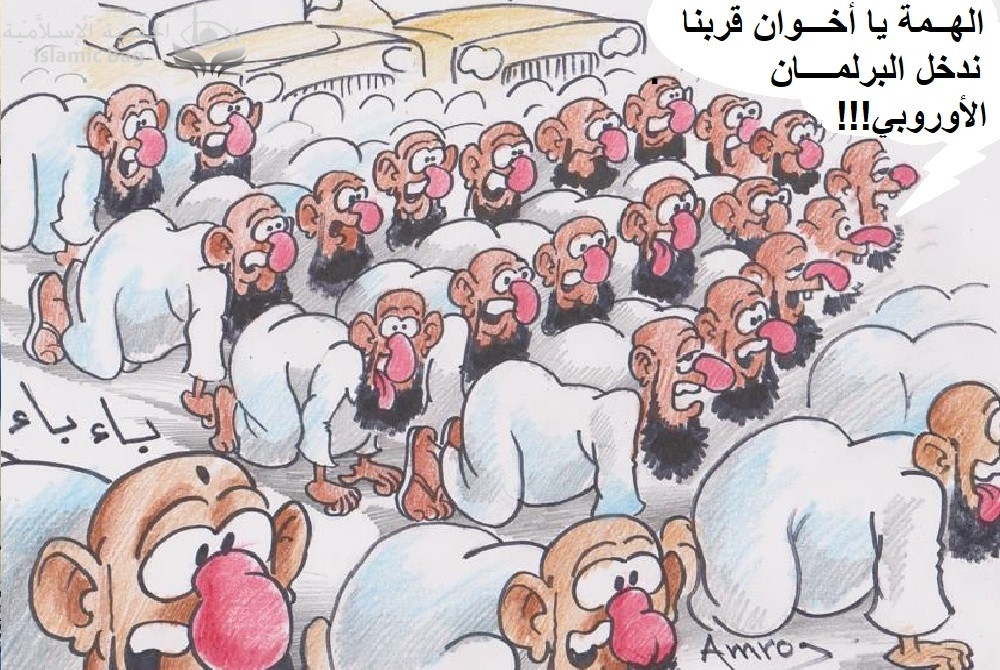