The Quran provide in Surah Al Nesa 4:82 the criteria by which we know if it is inspired from God or it is manmade

Do they not ponder on the Qur’an (with care)? Had it been from other than Allah, they would surely have found therein much discrepancy.

So if it is from God then there should be no discrepancy or contradiction, so what if we found some?

Then it is manmade, and we find quite a lot and one of them is a very essential one, in one Ayah Quran says “There is no change of his words” meaning Allah, but in another actually “An Ayah can replace another” and even beyond that it can be erased completely from text or textually stays about its ruling is not effective anymore

Looks like the Quran is trying to invent a creative excuse for contradictions by claiming that Allah is allowed to Abrogate ayahs!!

And recite, [O Muhammad], what has been revealed to you of the Book of your Lord. There is no changer of His words, and never will you find in other than Him a refuge. (Sahih International)

(And recite that which hath been revealed unto thee of the Scripture of thy Lord) He says: recite to them the Qur’an, neither increasing nor decreasing anything from it. (There is none who can change His words, and thou wilt find no refuge beside Him) beside Allah.

And recite what has been revealed to you (O Muhammad) of your Lord’s Book.

Commanding His Messenger to recite His Holy Book and convey it to mankind, Allah says,

None can change His Words,

meaning, no one can alter them, distort them or misinterpret them.

Now the big problem is that Surah 18:27 contradicts the following 3 Ayahs

Allah eliminates what He wills or confirms, and with Him is the Mother of the Book.

God effaces, of it [the Book], whatever He will and He fixes (read yuthbit or yuthabbit), therein whatever He will of rulings or other matters, and with Him is the Mother of the Book, its [source of] origin, of which nothing is ever changed, and which consists of what He inscribed in pre-eternity (azal).

And when We substitute a verse in place of a verse – and Allah is most knowing of what He sends down – they say, “You, [O Muhammad], are but an inventor [of lies].” But most of them do not know. (Sahih International)

And when We change a verse in place of another – and Allah knows best what He reveals – they (the disbelievers) say:

Allah tells us of the weak minds of the idolators, and their lack of faith and conviction. He explains that it is impossible for them to have faith when He has decreed that they are doomed. When they saw that abrogated rulings had been changed by abrogating ones, they said to the Messenger of Allah:

meaning one who tells lies. But Allah is the Lord Who does whatever He wills, and rules as He wants.

Rather, most of them know not.

And when We change a verse (of the Qur’an) in place of another,

Mujahid said: this means, “We remove one and put another in its place.”

And when We exchange a verse in place of a [different] verse, by abrogating it and revealing another, for the welfare of [God’s] servants — and God knows best what He reveals — they say, that is, the disbelievers [say] to the Prophet (s): ‘You are just a fabricator’, a liar, making it up yourself. Nay, most of them do not know, the true nature of the Qur’ān and the benefit [to God’s servants] of abrogation.

(And when We put a revelation in place of (another) revelation…) [16:101-102]. This verse was revealed when the idolaters said: “Muhammad is mocking his Companions; one day he commands them to do something and the next day he forbids them from doing it, or brings instead something which is easier. He is nothing but a calumniator who says things of his own invention”, and so Allah, exalted is He, revealed this verse and the verse after it.

And when We put a revelation) when We send Gabriel with an abrogating verse (in place of (another) revelation) in place of another abrogated verse, (and Allah knoweth best what He revealeth) and Allah knows the probity of that with which He commands His servants, (they say) the disbelievers of Mecca say: (Lo! thou art but inventing) from yourself, O Muhammad. (Most of them know not) that Allah commands His servants with that which is good for them.

We do not abrogate a verse or cause it to be forgotten except that We bring forth [one] better than it or similar to it. Do you not know that Allah is over all things competent? (Sahih International)

What does abrogate means simply means replace it with some other verse then abrogate = change and that directly and explicitly contradicts Surah Al Kahf 18:27, also “(Allah) Cause it to be forgotten” is not that a violation of Surah Al-Hijr 15:9???

Ourselves, have sent down the Dhikr (the Qur’an), and We are there to protect it.

When the disbelievers began to deride the matter of abrogation, saying that one day Muhammad enjoins his Companions to one thing and then the next day he forbids it, God revealed: And whatever verse (mā is the conditional particle), that has been revealed containing a judgement, We abrogate, either together with its recital or not [that is only its judgement, but its recital continues]; there is a variant reading, nunsikh, meaning ‘[Whatever verse] We command you or Gabriel to abrogate’, or postpone, so that We do not reveal the judgement contained in it, and We withhold its recital or retain it in the Preserved Tablet; a variant reading [of nunsi’hā] is nunsihā, from ‘to forget’: so ‘[Whatever verse We abrogate] or We make you forget, that is, We erase from your heart’; the response to the conditional sentence [begun with mā] is: We bring [in place] a better, one that is more beneficial for [Our] servants, either because it is easier [to implement] or contains much reward; or the like of it, in terms of religious obligation and reward; do you not know that God has power over all things?, including abrogating and substituting [verses]? (the interrogative here is meant as an affirmative).

Whatever a verse (revelation) do Nansakh (We abrogate) or Nunsiha (cause to be forgotten), We bring a better one or similar to it.

Ibn Abi Talhah said that Ibn Abbas said that, (Whatever a verse (revelation) do Nansakh) means,

“Whatever an Ayah We abrogate.”

Also, Ibn Jurayj said that Mujahid said that, (Whatever a verse (revelation) do Nansakh) means, “Whatever an Ayah We erase.”

Also, Ibn Abi Najih said that Mujahid said that, (Whatever a verse (revelation) do Nansakh) means, “We keep the words, but change the meaning.”

He related these words to the companions of Abdullah bin Mas`ud.

Also As-Suddi said that, (Whatever a verse (revelation) do Nansakh) means, “We erase it.”

Further, Ibn Abi Hatim said that it means, “Erase and raise it, such as erasing the following

to death,’ and, `If the son of Adam had two valleys of gold, he would seek a third.”’

(So here AS-Suddi mentions example of Ayahs that are textually abrogated and the text is not there anymore because it was erased from missing Surah Al Wadiyan, we wrote a whole article about that following is the link

Ibn Jarir stated that, (Whatever a verse (revelation) do Nansakh) means, “Whatever ruling we repeal in an Ayah by making the allowed unlawful and the unlawful allowed.”

The Nasakh only occurs with commandments, prohibitions, permissions, and so forth.

As for stories, they do not undergo Nasakh.

(But the problem is that the example of abrogation mentioned by Ayah AS-Suddi from the lost Surah of Al Wadiyan  contains no commandments!!)

The word, `Nasakh’ literally means, `to copy a book’. The meaning of Nasakh in the case of commandments is removing the commandment and replacing it by another. And whether the Nasakh involves the wordings, the ruling or both, it is still called Nasakh.

Allah said next, or Nunsiha (cause it to be forgotten).

Ali bin Abi Talhah said that Ibn Abbas said that (Whatever a verse (revelation) do Nansakh or Nunsiha) means, “Whatever Ayah We repeal or uphold without change.”

Also, Mujahid said that the companions of Ibn Mas`ud (who read this word Nansa’ha) said that it means, “We uphold its wording and change its ruling.”

Further, Atiyah Al-Awfi said that the Ayah means, “We delay repealing it.”

This is the same Tafsir provided by As-Suddi and Ar-Rabi bin Anas.

about Allah’s statement, (Whatever a verse (revelation) do We abrogate or cause to be forgotten),

(But what about the ayahs and rulings that was abrogated by Umar then? We will talk about that in future article.)

Allah’s said, We bring a better one or similar to it,

(Why would Allah abrogates an Ayah to get another that is similar??????

Did anyone thought about that??? Then abrogation does not come always with justification it is just a change of heart. This simply proves it is manmade and is not inspired by God)

better, relates to the benefit provided for the one it addresses, as reported from Ali bin Abi Talhah that Ibn Abbas said,

(We bring a better one) means, “We bring forth a more beneficial ruling, that is

also easier for you.”

In the near future articles as continuation into this series of  articles about abrogation in the Quran, we will provide example of famous ayahs used by Muslims all time and are abrogated by another, until then blessing to all by the by the saving knowledge that leads all to accept Jesus Christ as Lord and savior 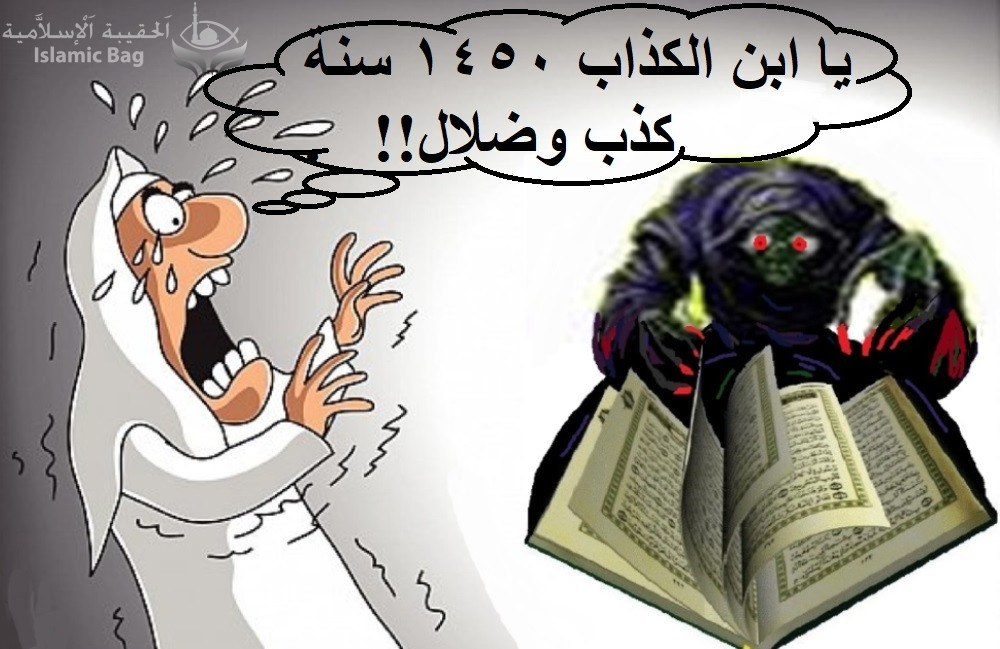 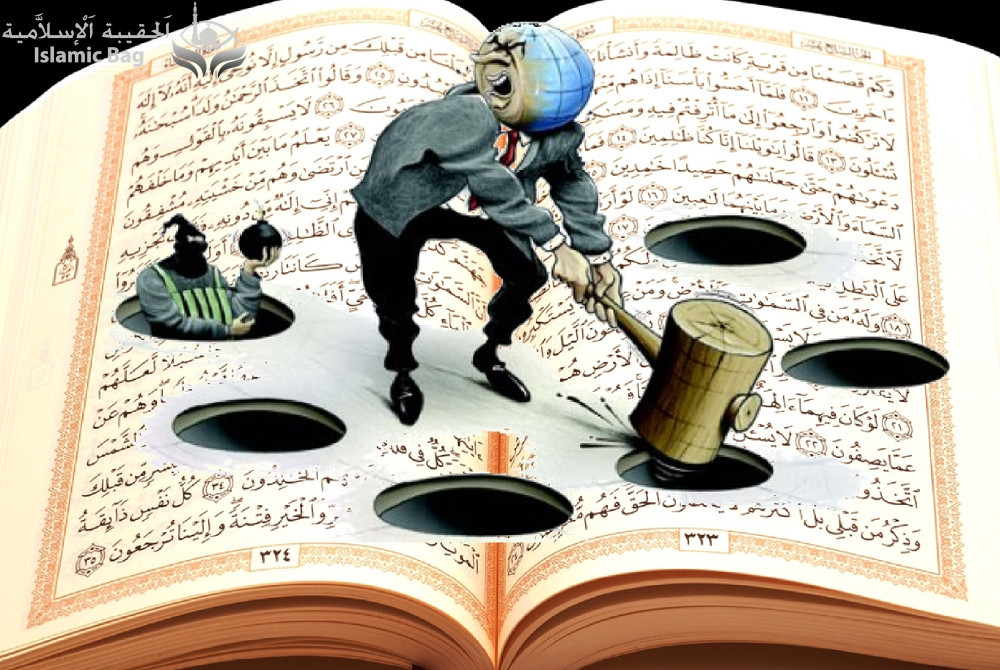 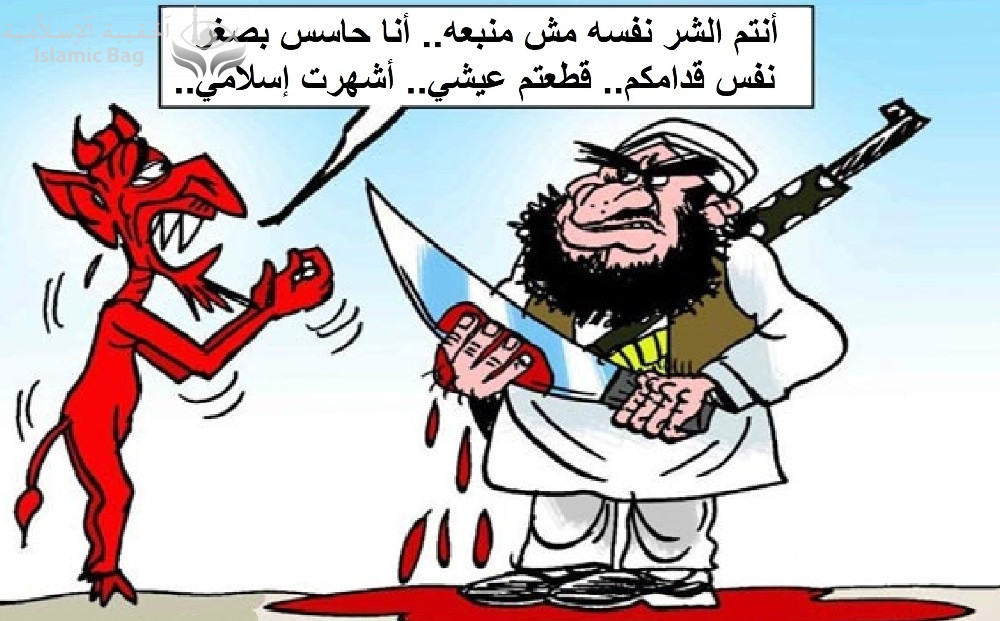 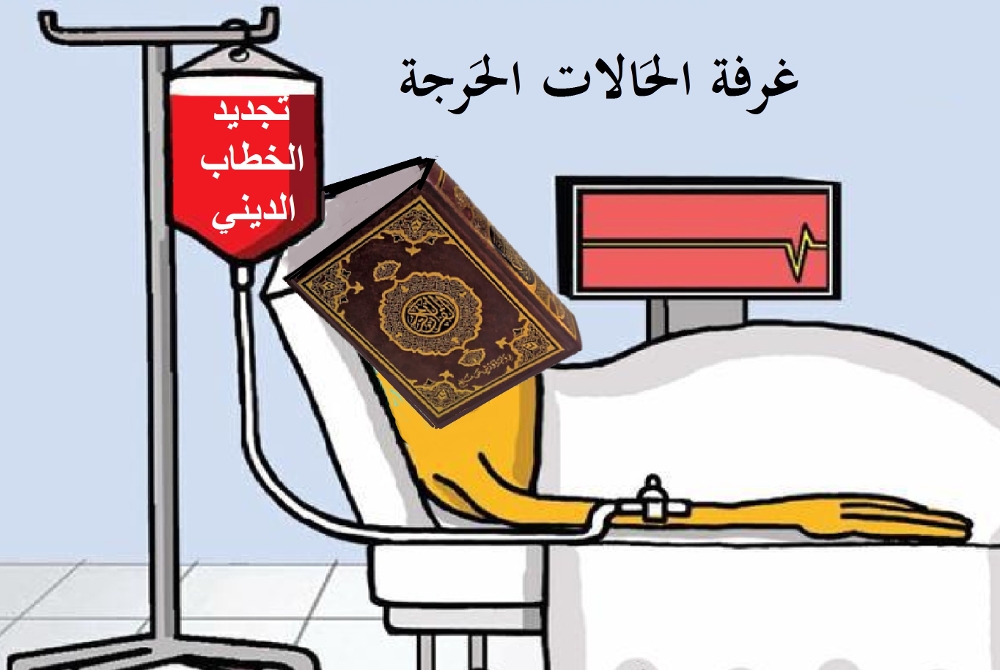