Part 2 when talked about Muhammad the corrupted postman who  changed his mind about the pagan Sabians to please his friend and supporter Salman Al-Farsi, to read part 2 follow the following link

Indeed, as-Safa and al-Marwah are among the symbols of Allah . So whoever makes Hajj to the House or performs ‘umrah – there is no blame upon him for walking between them. And whoever volunteers good – then indeed, Allah is appreciative and Knowing. (Sahih International)

So what is the story behind as-Safa and al-Marwah??? Lets check Tafasir and reasons of Tanzel

Truly Safā and Marwa two mountains near Mecca are among the waymarks sha‘ā’ir plural of sha‘īra of God the ritual ceremonies of His religion so whoever makes the Pilgrimage to the House or the Visitation that is whoever prepares to perform the Pilgrimage hajj or the Visitation ‘umra the original sense of both terms hajja and i‘tamara is ‘to aim for’ and ‘to visit’ respectively; he would not be at fault it would not be a sin if he circumambulates them the original tā’ of yatatawwafa ‘circumambulate’ has been assimilated with the tā’ by pacing quickly sa‘y between them seven times this was revealed when the Muslims were averse to this circumambulation because the pagan Arabs used to circumambulate them and there was an idol atop each mountain which they used to stroke. It is reported from Ibn ‘Abbās that this pacing between the two is not obligatory based on the fact that when no sin can be incurred the context implies free choice. Al-Shāfi‘ī and others however considered it to be a pillar of the Pilgrimage rituals. The Prophet made clear its obligatory aspect when he said that ‘God has prescribed for you the pacing sa‘y’ as reported by al-Bayhaqī and others; and he the Prophet also said ‘Begin with what God has begun’ meaning al-Safā as reported by Muslim; and whoever volunteers tatawwa‘a a variant reading is yattawa‘ the ta’ here being assimilated good that is any good deed such as circumambulation or other that is not obligatory on him; God is Grateful for such a deed and rewards that person for it Knowing it.

So as-Safa and Al-Marwah are two idols that pagans used to circumambulate, do we ask you our Muslim friend, why is this still practised during al Hajj????

Muslims, why do Muhammad asked you to do “Saee” between two two places used to have idols on top of each??????

Allah then mentions the believers’ dislike of going between al-Safa and al-Marwah in front of the idols which were placed there, saying: (Lo! Al-Safa and al-Marwah) going around al-Safa and al-Marwah (are among the rites of Allah) among the rites of pilgrimage that Allah, Exalted is He, has commanded. (It is therefore no sin) one commits no transgression (for him who is on pilgrimage to the House or visiteth it, to go around them (as the pagan custom is). And he who doeth good of his own accord) and whoever performs extra works other than this obligation of going between al-Safa and al-Marwah, (Lo! Allah is Responsive) accepts such works, (Aware) of your intentions; it is also said that this means: Allah accepts the smallest of your works and His reward is abundant.

So Muslims, Allah does not mind continuing your pagan rituals and it is not a sin?????

…. When they went to pilgrimage with Allah’s Messenger, Allah bless him and give him peace, they mentioned this to him. And so Allah revealed this verse”. This is narrated by Muslim from the report of Abu Bakr> Ibn Abi Shaybah> Abu Usamah> Hisham> his father> ‘A’ishah. Said Anas ibn Malik: “We disliked going in between al-Safa and al-Marwah, because they were the shrines of Quraysh in the pre-Islamic period, and so we abandoned them in Islam. Then Allah revealed this verse”. Said ‘Umar ibn Hubshi: “I asked Ibn ‘Umar about this verse and he said: ‘Go to Ibn ‘Abbas and ask him’. The latter said: ‘There was on al-Safa an idol in the form of a man called Isaf, and on al-Marwah an idol in the form of a woman called Na’ilah. The people of the Book claimed that these two had committed adultery in the Ka’bah and as a punishment Allah turned them into two stones which were placed on al-Safa and al-Marwah so that people can take heed.But after a long time had passed, they were worshipped instead of Allah, exalted is He. Whenever the people of the pre-Islamic period went in between them, they stroked the two idols. When Islam came and the idols were destroyed, the Muslims disliked going between al-Safa and al-Marwah because of these two idols.

And as a response, Allah revealed this verse’ ”. Said al-Suddi: “In the pre-Islamic period, the devils used to emit noises at night between al-Safa and al-Marwah between which idols were placed. When Islam emerged, the Muslims said: ‘O Messenger of Allah! We will not go in between al-Safa and al-Marwah, for this is a practice of idolatry which we used to do in the pre-Islamic period’.As a response, Allah, exalted is He, revealed this verse”. Mansur Ibn ‘Abd al-Wahhab al-Bazzaz informed us> Muhammad ibn Ahmad ibn Sinan> Hamid ibn Muhammad ibn Shu‘ayb> Muhammad ibn Bakkar> Isma‘il ibn Zakariyya> ‘Asim> Anas ibn Malik who said: “They used to refrain from going in between al-Safa and al-Marwah, both of which were of the rites of the pre-Islamic period. We used to shy away from going in between them. Then Allah, exalted is He, revealed: Lo! (the mountains) As-Safa and Al-Marwah are among the indications of Allah. It is therefore no sin for him who is on pilgrimage to the House (of Allah) or visiteth it, to go around them…)”. This is narrated by Bukhari from the report of Ahmad ibn Muhammad> ‘Asim.

So it was two idols, there was on al-Safa an idol in the form of a man called Isaf, and on al-Marwah an idol in the form of a woman called Na’ilah that by time became pagan Gods, and when Islam came and destroyed the idols, Muslims hated to do the circumambulate because of the pagan origins of that but Allah said no do it and that is why Surah 2:158 was revealed?????

Does this make any sense????

Is he really a prophet that wants mankind to worship the true God????? 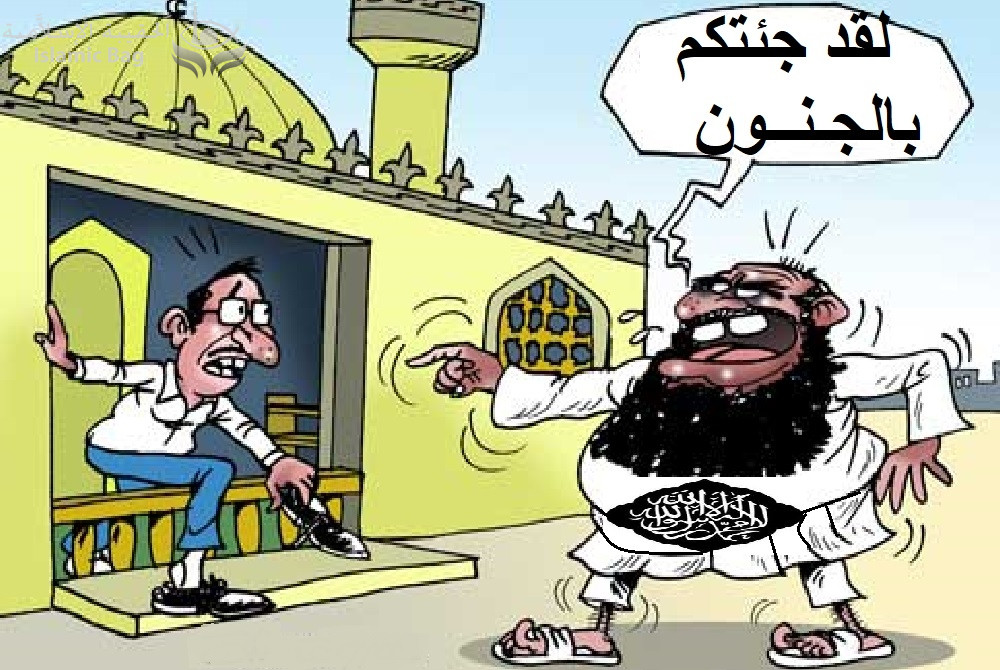 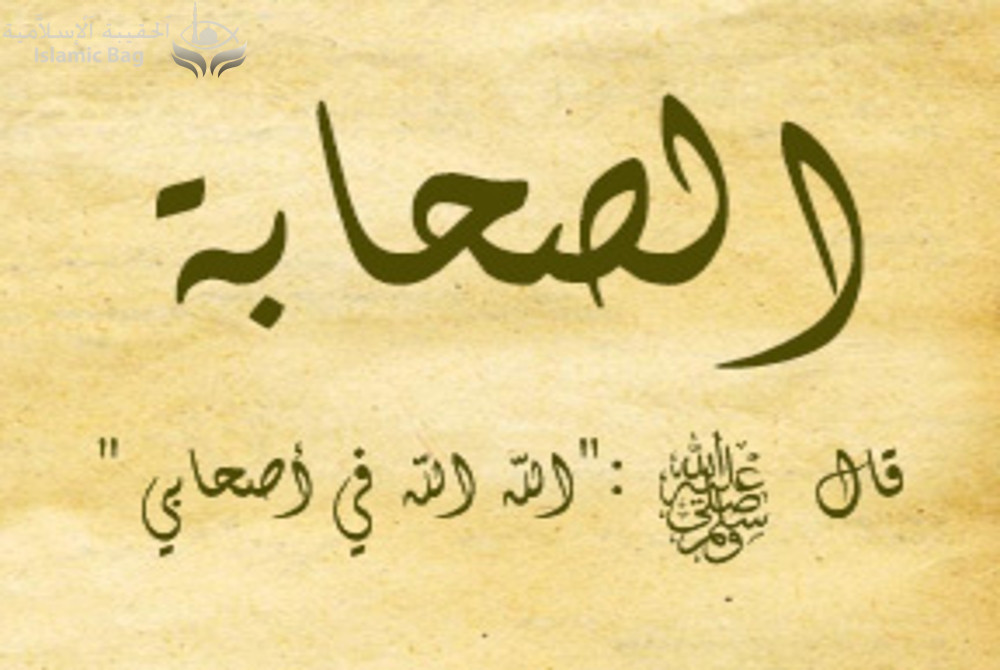 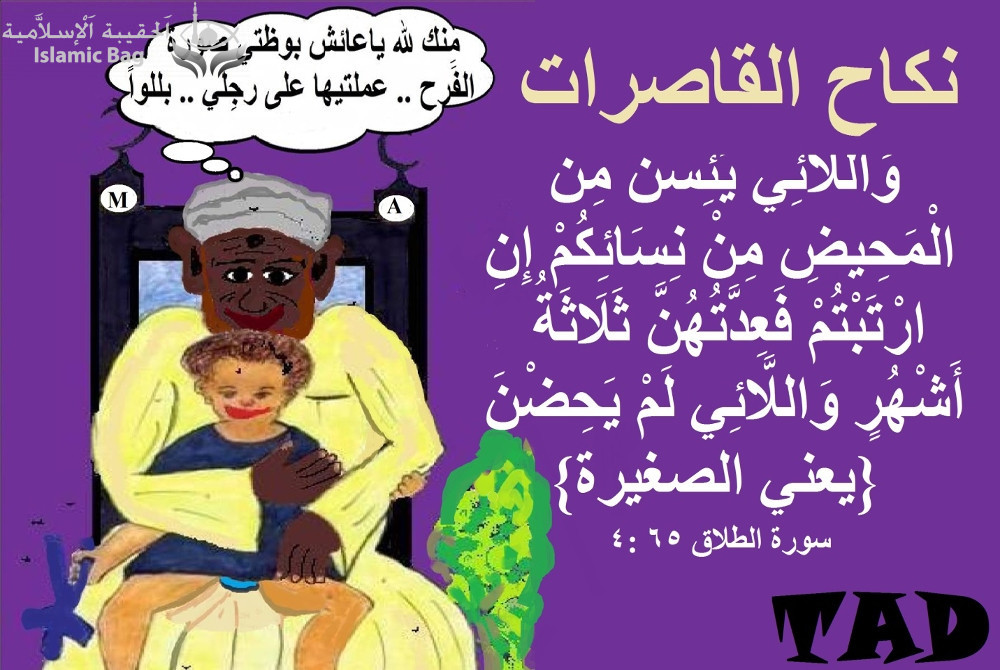