(+18) A dialogue between a bearded wolf and a European minister.

Accompanied by a small wolf that seems to be his assistant enters another wolf to the office of the European minister.

The European minister welcomes the wolves and sit them down.

The bigger wolf: I have been informed by your secretary (wolf bite on his lips) that you have a busy day with tasks and interviews, so I will not be long, but it’s extremely dangerous matter.

Wolf: What is happening in Europe became unbearable !!

the Minister interrupts him: Let me explain to you …

Wolf sharply: Please do not interrupt me, let me finish what I came to tell you

We are prevented from even our opinion … Off. !!!!

Where are the rights and freedoms that you always speak about ?? !!

Or is it that everyone has the right to express, but the wolves? !!!

He sighs and stays silent to allow the wolf to continue.

Wolf : Let me convey to you the feelings of millions of wolves that live in the midst ..

They feel frustration and injustice and humiliation of smear campaigns and hostility and racism that describes them to be treacherous and betrayal and blood-thirsty !!!!

This hurts our feelings and it makes a lot of wolves very angry and we will not be able to control all wolves they are by millions and some of them had already delinquency of violence it is best not to provoke their feelings or else ..

Minister: Absolutely Mr. Wolf .. We respect everyone’s feelings and do not accept that anyone speaks bad about you..

The wolf rests in his seat as he is gaining control of the conversation: this will be the best rather than repeating to the minds an unhonourable history of the human race where you are fighting wolves openly without equivocation and so you try to wipe us out if it wasn’t for our strength and resistance to your tyranny.

Minister: Generally you do not need to remember the past .. today you live among us and to you all rights just like humans ..

Wolf: We have not reached and not yet feel that we are equal with you, but we will continue to fight until we get all our legitimate rights of you.

Minister: We have apologized for our mistakes of that time and we recognized human and animal rights declaration which refuses to distinguish between humans and wolves, and it’s the right of wolves to live life just like humans.

I wish to assure that we cherish your presence among us and we ourselves protect your rights, despite the differences between us.

Wolf in distress: and what’s your say in this campaign, which exposed the Wolves

Whenever an incident occurred one of the wolves deviants and each time we emphasize and condemn these heroic operations ..I mean criminal and tell you that these crimes do not reflect the pan wolves and their principles.

Minister nodding in agreement: agree with you completely, and who dare to accuse you of ugly charges such as these ..

We believe in the need to live together in peace.

And the Wolves place is among us and that Europe can accommodate place for humans and wolves all .. and we always will be one hand against terrorism.

The wolf laughs a laugh spontaneous and his fangs show with traces of blood.

The minister surprised and asks Wolf: What is this blood in your mouth?

Wolf confused and put his hand over his mouth and he says: not blood human blood .. not human ….

Minister: offcourse, offcourse .. for sure ….

Wolf: one humans have punched me in my mouth so I bled .. This further evidence of injustice and oppression that we suffer

Minister: don’t worry about it in our country you are entitled to free medical treatment .. Free education for boys. Dupes defending you.. I mean lawyers defending you free of charge.

Wolf: our time is nearing completion and sympathy has to be deeds and not in words only

Minister: and what is required of us?

Wolf: You make an apology to the pan of wolves for the hurts which they have suffered from abuse of ultra-intolerance and racism and suggested more concessions to the wolves so as not to feel aggrieved and thus remove the composition of the hotbeds of terrorist wolves carrying out violent acts to disturb the peace and good relations between us opportunities

Minister: reassure completely ..everything will go exactly as you want …

Wolf laughs again, and reveals the bloodstained teeth and prepares to leave with the small wolf.

At this moment the little wolf whispers in the big wolf ear: would we eat him now, my father ??

big wolf rebukes him, saying: Not yet, stupid …

The minister asks: What’s the little one saying?

Wolf smiles and answers: calls for you to health and wellness and Time good relations between humans and wolves.

After the 2 wolves leave the Minister’s Office, the minister finds his secretary murdered and traces of blood in her neck.

He comes out to assure the media that the wolves are innocent of the blood of the secretary, and wolves should be treated with respect.

Be Concerned Enough To Pray 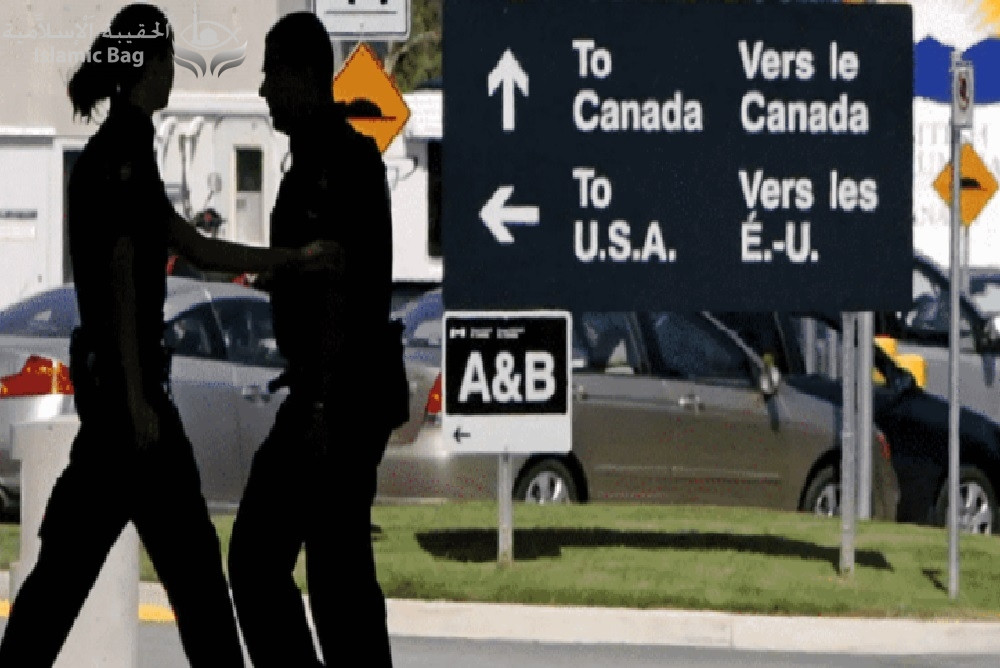 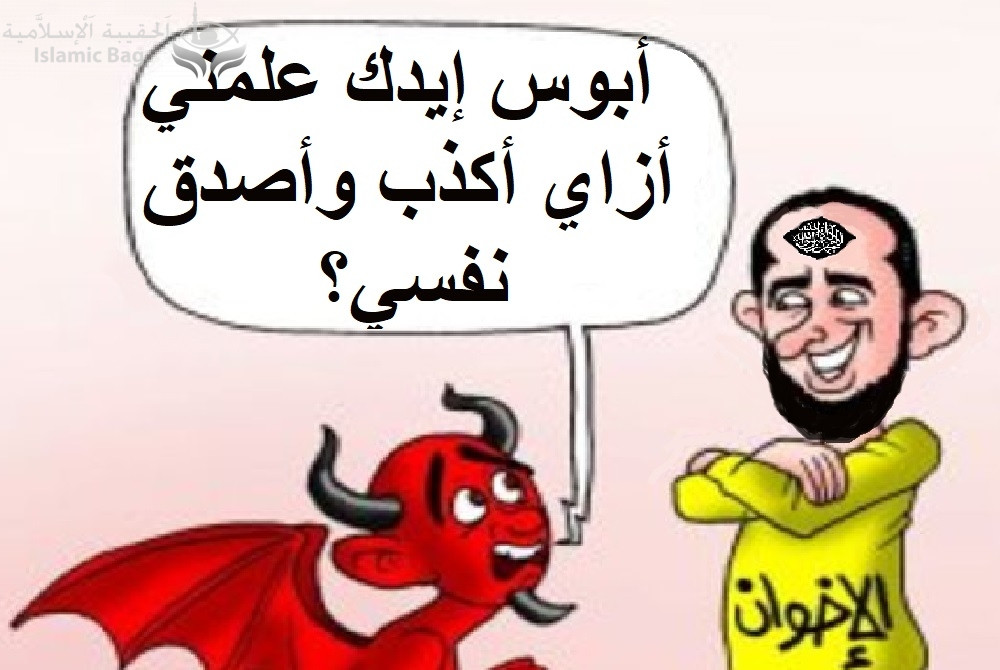 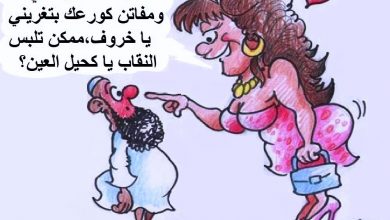 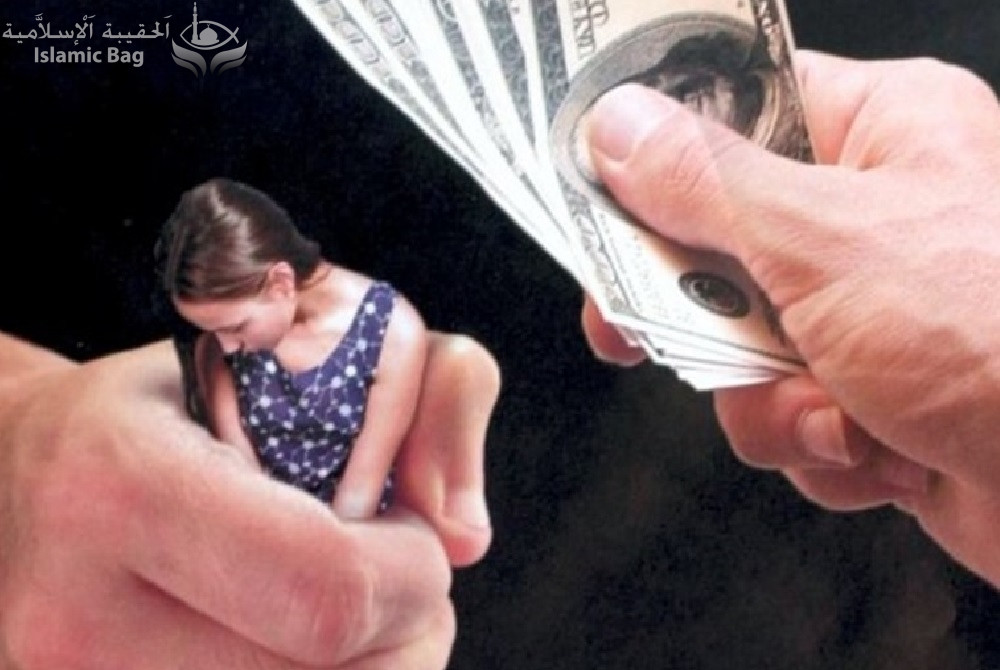