Who wrote the Quran said in Surah Al Nessa 4:82

Do they not, then, ponder about the Qur’an? Had it been from someone other than Allah, they would have found in it a great deal of discrepancy.

and from the very obvious discrepancies we find in the Quran the account of the birth of Jesus Christ, so we find 3 different accounts as following:

And when the angels said: “O Maryam, Allah has chosen you and purified you and chosen you over the women of all the worlds. (42) O Maryam, stand in devotion to your Lord and prostrate yourself and bow down in Ruku‘ with those who bow.” (43) This is a part of the news of the unseen We reveal to you (O Prophet!). You were not with them when they were casting their pens (to decide) who, from among them, should be the guardian of Maryam, 15 nor were you with them when they were quarrelling. (44) Remember the time) when the angels said: “O Maryam, Allah gives you the good news of a Word from Him 16 whose name is Masih ‘Isa , the son of Maryam (the Messiah, Jesus, son of Mary) a man of status in this world and in the Hereafter, and one of those who are near (to Allah).

So we see the divine miracle of “Allah has chosen Mary and purified her and chosen her over the women of all the worlds. “ to deliver to her the word of God according to Surah Al Nessa

Who wrote the Quran also said that Jesus was created from dust like Adam according to Surah Al Omran 3:59

So here allah formed Jesus out of dust same like Adam, and that lead us to another big question,

how was Adam created in the Quran?

1- Adam created from dust as we found in Surah Al Omran 3:59

2- Adam created from “ringing clay made of decayed mud.”

as in the following Surahs,

by checking those Allah created Adam from mud, and hence according to Surah 3:59 Jesus was created from Mud and then Allah And breathed into him and then LO he became

And mention in the Book (the story of) Maryam, when she secluded herself from her people to a place towards East, (16) Then she used a barrier to hide herself from them. Then, We sent to her Our Spirit, (Jibra’il) and he took before her the form of a perfect human being. (17) She said, “I seek refuge with the All-Merciful (Allah) against you, if you are God-fearing.” 4 (18) He said, “I am but a message-bearer of your Lord (sent) to give you a boy, purified.” (19) She said, “How shall I have a boy while no human has ever touched me, nor have I ever been unchaste?” (20) He said, “So it is; your Lord said, ‘It is easy for Me, and (We will do this) so that We make it a sign for people and a mercy from Us, and this is a matter already destined.’” (21) So she conceived him, and went in seclusion with him to a remote place. (22) Then the labour pains brought her to the trunk of a palm-tree. She said “O that I would have died before this, and would have been something gone, forgotten.” (23) Then he called her from beneath her: 5 “Do not grieve; your Lord has placed a stream beneath you. (24) Shake the trunk of the palm-tree towards yourself and, it will drop upon you ripe fresh dates.

First: The Surah explicitly mention that the Angel manifested to Mary as a complete man as it says “perfect human being”

Second: The Surah explicitly mention that the Angel’s mission was to give Mary a child and actually refer to the arabic language the angel said “I will give you a boy”, refer to the next screen shot 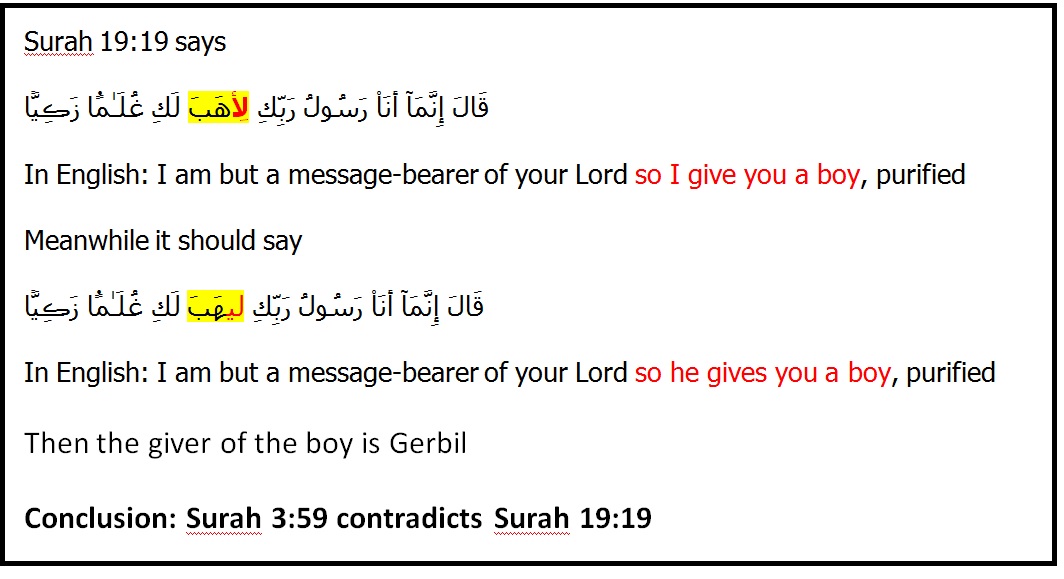 “He made the gift from himself as he announced it”

so Qortobi admitted that the angel made the gift of the child is from himself!! And then he Qurtobi continues to say in “WARSH” reading of the Quran the ayah instead says

So he gives you a boy

and Qurtobi is implicitly admitting the truth

And here is Tafsir afsir al-Jalalayn in English that says:

He said, ‘I am only a messenger of your Lord, that I may give you a boy [who shall be] pure’, in [his] prophethood.

And Mary the daughter of `Imran, who guarded her chastity; and We breathed into her (body) of Our spirit;

we find something very questionable in Tafseer ibn kathir for Surah 66:12 as it says:

And Maryam, the daughter of Imran who guarded her chastity (private part).

meaning, who protected and purified her honor, by being chaste and

We breathed into it (private part) from Our Ruh,

meaning, from the angel Jibril.

Allah sent the angel Jibril to Maryam, and he came to her in the shape

of a man in every respect. Allah commanded him to blow into a gap of

part; this is how `Isa was conceived.

And here we ask the muslim who blow into Mary private sexual part, so according to Surah 66:12 and 19:16-25? The answer of course will be it is the angel Gabriel. And that makes Jesus the son of who?

Then no way out other than that Jesus is the son of the Angel Gabriel !

Finally we reach to the conclusion since the 3 accounts can not work together and defying each other, then the Quran is not the inspired word of God but it for sure man made, and that according to what the Quran judges as in Surah Al Nessa 4:82

Do they not, then, ponder about the Qur’an? Had it been from someone other than Allah, they would have found in it a great deal of discrepancy.

and finally we invite you to enjoy this video clip 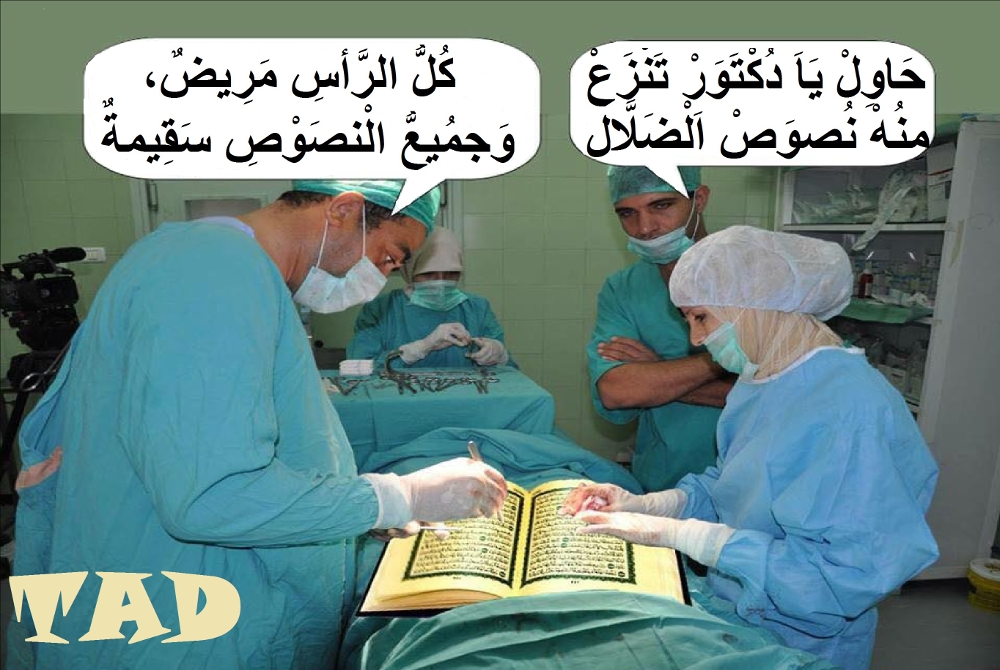 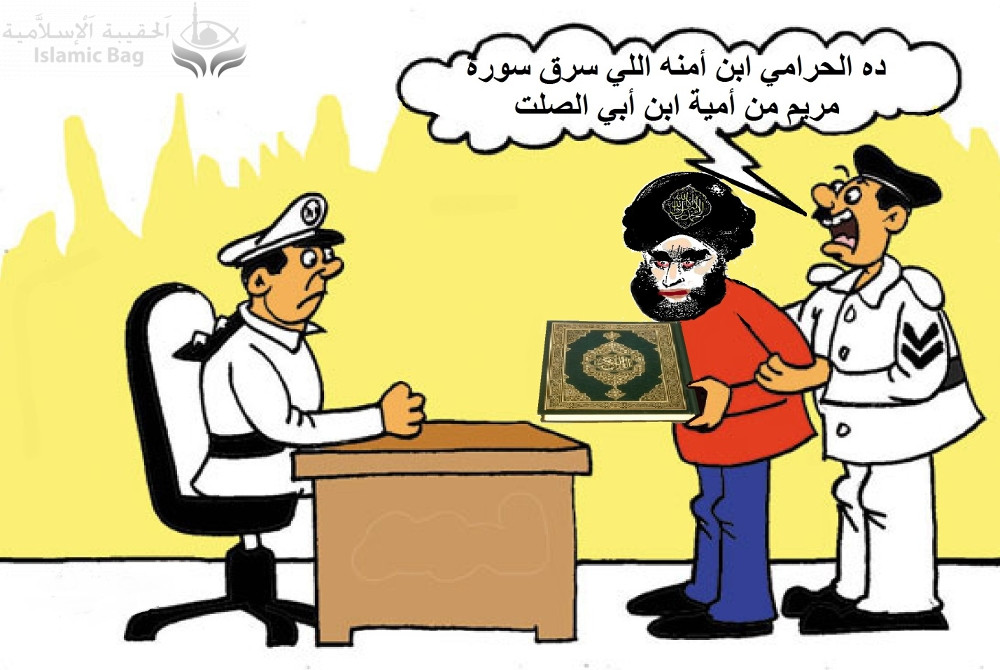 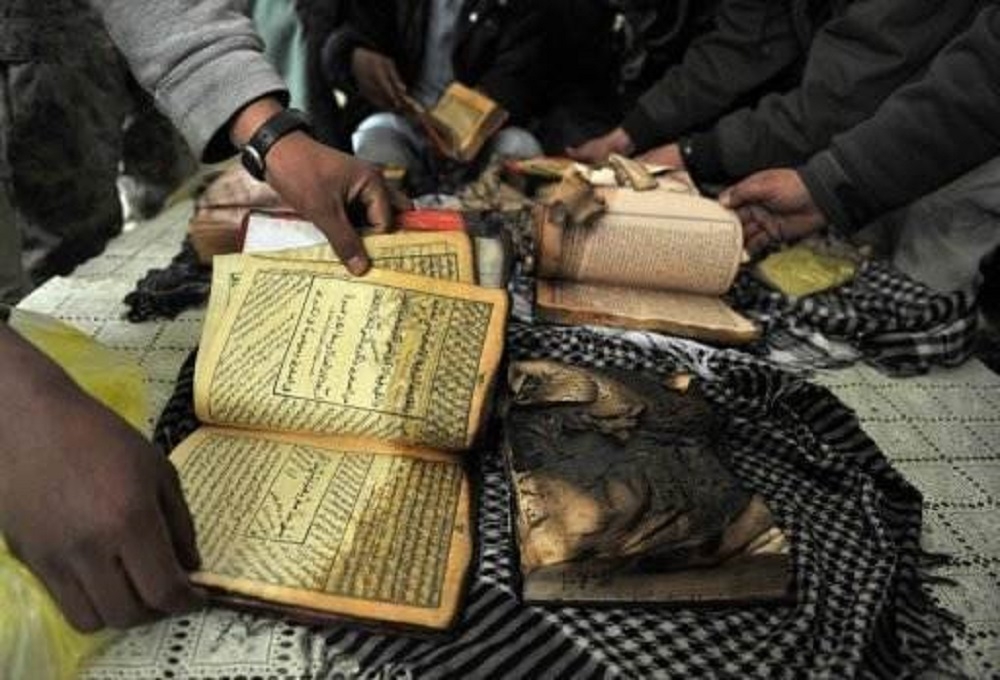 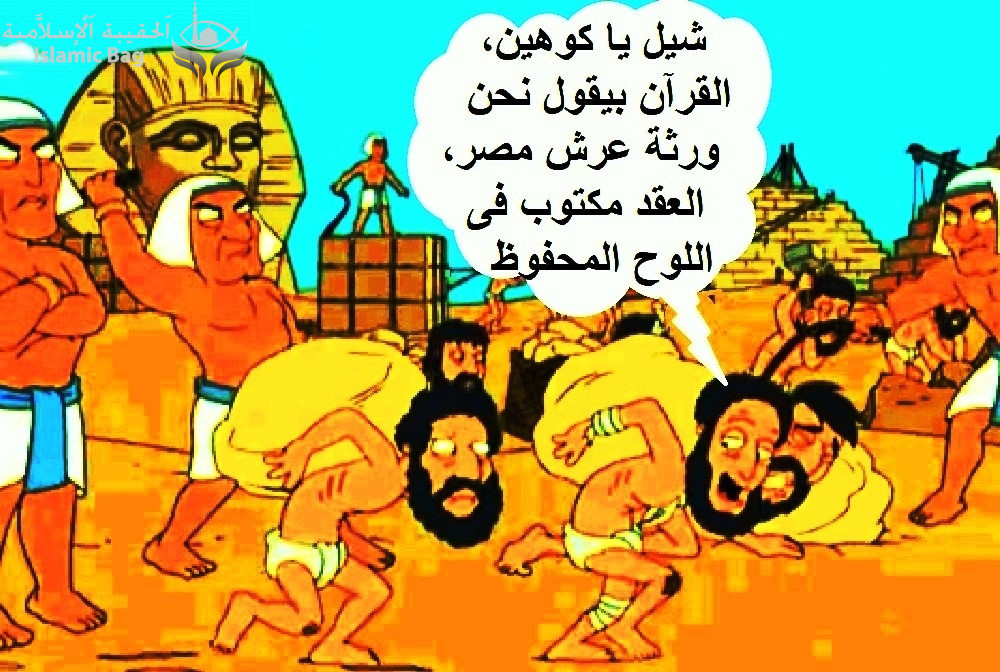