Muhammad had Violated the Qur’an

TODAY’S JIHADISTS (suicide bombers) are murdering innocent, ordinary Muslims in Iraq, Afghanistan, Pakistan, Bangladesh, Sudan, Nigeria, Somalia and other parts of the world to establish Allah’s laws. By Allah’s law they mean to institute the rules and regulations prescribed principally in the Qur’an, and in other Islamic holy books of Islam, such as hadis. These ardent soldiers of Allah staunchly believe Qur’an to be the infallible words of Allah, which are so sacrosanct that even Muhammad could have never violated.

But this is just a fib. When we diligently study the biography of Muhammad and the ahadith we find quite a few examples where Muhammad had openly transgressed the provisions in the Qur’an. Sex was an important aspect of Muhammad’s life. His unbridled indulgence in sex had, on many occasions, forced him to violate Allah’s rule overtly. To suppress his breach of the Qur’anic laws on sex and sexuality, he, as usual, concocted stories of Allah’s exemption to His dearest friend. In this essay I am exposing the hypocrisy of some Islamists who claim adamantly that Muhammad could have never violated the Qur’an. Besides sex, we also learn from the history of Islam that Muhammad had flagrantly violated many aspects of the Qur’an. It is important to learn about this aspect of Muhammad to characterize him as person of conniving, cunning and opportunistic disposition. This essay will expose the Islamic hypocrisy that Muhammad was a divine person, commanded by Allah to implement Allah’s laws on humanity.

Here are a few examples of how Muhammad had violated the most sacred book of Allah, the Qur’an.

Muhammad broke the rule on sex and foreplay during fasting

What the Holy Qur’an says about sex during fasting time:

During fasting, sexual activity is for the night only…2:187

002.187
YUSUFALI: Permitted to you, on the night of the fasts, is the approach to your wives. They are your garments and ye are their garments. Allah knoweth what ye used to do secretly among yourselves; but He turned to you and forgave you; so now associate with them, and seek what Allah Hath ordained for you, and eat and drink, until the white thread of dawn appear to you distinct from its black thread; then complete your fast Till the night appears; but do not associate with your wives while ye are in retreat in the mosques. Those are Limits (set by) Allah: Approach not nigh thereto. Thus doth Allah make clear His Signs to men: that they may learn self-restraint.

Here is what Muhammad did while observing fast:

Muhammad slept with Umm Salama during her period, kissed her while fasting and used to take bath from the same pot after having sex…(Sahih Bukhari,1.6.319)

Sahih Bukhari Volume 1, Book 6, Number 319
Narrated Zainab bint Abi Salama:
Um-Salama said, “I got my menses while I was lying with the Prophet under a woollen sheet. So I slipped away, took the clothes for menses and put them on. Allah’s Apostle said, ‘Have you got your menses?’ I replied, ‘Yes.’ Then he called me and took me with him under the woollen sheet.” Um Salama further said, “The Prophet used to kiss me while he was fasting. The Prophet and I used to take the bath of Janaba from a single pot.”

While fasting, Muhammad kissed and embraced his wives…(Sahih Bukhari,3.31.149)

Sahih Bukhari Volume 3, Book 31, Number 149
Narrated ‘Aisha:
The Prophet used to kiss and embrace (his wives) while he was fasting, and he had more power to control his desires than any of you. Said Jabir, “The person who gets discharge after casting a look (on his wife) should complete his fast.”

Muhammad used to kiss and suck Aisha’s tongue while they were fasting…(Sunaan Abu Dawud,13.2380)

Narrated Aisha, Ummul Mu’minin:
The Prophet (peace_be_upon_him) used to kiss her and suck her tongue when he was fasting.

When Muhammad captured Khaybar, he took as a captive, Safiyyah bt Huyayy, a very pretty teenage-girl and purportedly married her without paying her any dowry (mahr). The payment of mahr is compulsory in every Islamic marriage.

First, we shall examine how Muhammad violated the rule of dower. This rule is stipulated in the Qur’an thus:

To marry a woman, pay her dowry as a free-gift…4:4

004.004
YUSUFALI: And give the women (on marriage) their dower as a free gift; but if they, of their own good pleasure, remit any part of it to you, Take it and enjoy it with right good cheer

To hide his deception, Muhammad claimed that marrying Safiyyah was in itself a good honour for her, her dowry was her manumission from being a sex-slave to Muhammad.

Let us read the following hadis:

Muhammad consummated his marriage with Saffiyah by staying with her for three days on way from Khaybar; he ordered her to wear a veil…(Sahih Bukhari, 5.59.523, 524)

Sahih Bukhari Volume 5, Book 59, Number 523
Narrated Anas bin Malik:
The Prophet stayed with Safiya bint Huyai for three days on the way of Khaibar where he consummated his marriage with her. Safiya was amongst those who were ordered to use a veil.

Sunaan Dawud:Volumel. ii, Book 11, number 2118
Anas b Malik said: When the Apostle of Allah (may peace be upon him) married Safiyyah, he stayed with her three nights. The narrator ‘Uthman added: She was non-virgin (previously married). He said: This tradition has been narrated to me by Hushaim, reported by Humaid, and transmitted by Anas.

Sahih Muslim, Book 008, Number 3326
This hadith has been narrated through another chain of transmitters on the authority of Anas that Allah’s Apostle (may peace be upon him) emancipated Safiyya, and her emancipation was treated as her wedding gift, and in the hadith transmitted by Mu’adh on the authority of his father (the words are):” He (the Holy Prophet) married Safiyya and bestowed her emancipation as her wedding gift.”

Please note that nowhere in the Qur’an we find that Allah has made it legal to use manumission of a slave-woman to be used as her dowry (mahr). Muhammad simply invented this rule according to his convenience.

Ibn Sa’d provides further information on this lustful marriage with a 19-year-old Jewish beauty with 60-year-old Muhammad. Please note that before falling into the hands of Muhammad, a Jewish man had married this pretty girl. Muhammad had already beheaded Safiyaah’s husband and her father after subjecting them to brutal torture. Having satiated his lust for blood, on the same night he killed her closest relatives, Muhammad took Saffiyah into his tent to have sex with her.

We learn from Ibn Sa’d that Muhammad purchased Safiyyah from Dhiyah for seven camels (around US$ 2,100). On the same night that Muhammad took possession of Safiyyah, he hastened to his tent to sleep with her. Here is what Ibn Sa’d writes:

“….when it was night, he entered a tent and she entered with him. Abu Ayyub came there and passed the night by the tent with a sword keeping his head at the tent. When it was morning and the Apostle of Allah, may Allah bless him, perceived (somebody) moving, he asked: Who is there? He replied: I am Abu Ayub. He asked: Why are you here? He replied: O Apostle of Allah! There is a young lass newly wedded (to you) with whose late husband you have done what you have done. I was not sure of safety, so I wanted to be close to you. Thereupon the Apostle of Allah, may Allah bless him, said twice: O Abu Ayyub! May Allah show you mercy.” (ibn Sa’d vol.ii, p.145)

To hide the lascivious character of Muhammad, Muslim biographers often mention that he married Safiyyah before he slept with her. But they forget to state that Muhammad did not follow the rule of waiting period (three monthly periods) to sleep with Safiyyah.

We shall now see how Muhammad had violated the rule of idda (waiting period) in marrying a woman. These rules are stipulated in the Qur’an thus:

002.228
YUSUFALI: Divorced women shall wait concerning themselves for three monthly periods. Nor is it lawful for them to hide what Allah Hath created in their wombs, if they have faith in Allah and the Last Day. And their husbands have the better right to take them back in that period, if they wish for reconciliation. And women shall have rights similar to the rights against them, according to what is equitable; but men have a degree (of advantage) over them. And Allah is Exalted in Power, Wise

002.234
YUSUFALI: If any of you die and leave widows behind, they shall wait concerning themselves four months and ten days: When they have fulfilled their term, there is no blame on you if they dispose of themselves in a just and reasonable manner. And Allah is well acquainted with what ye do.

Clearly, when Muhammad wanted to sleep or to have sex with Safiyyah, she was a widow, as Muhammad had already killed her husband. Therefore, as per the Qur’an, Muhammad had to wait at least four months and ten days before he could even touch her. But Muhammad did not at all observe this rule; instead, he took Safiyyah, straight from the battlefield to his bed in the war camp. Having spent the night with her, Muhammad took her to another, safer location, stayed there for three days and consummated his marriage with Safiyyah.

Let us read a hadis on this:

Muhammad selected Safiyyah because of her beauty, made her his wife and gave a banquet at the wedding; then he had sex with Saffiyah at Sa`d-AsSahba…(Sahih Bukhari 4.52.143)

Sahih Bukhari Volume 4, Book 52, Number 143
Narrated Anas bin Malik:
The Prophet said to Abu Talha, “Choose one of your boy servants to serve me in my expedition to Khaibar.” So, Abu Talha took me letting me ride behind him while I was a boy nearing the age of puberty. I used to serve Allah’s Apostle when he stopped to rest. I heard him saying repeatedly, “O Allah! I seek refuge with You from distress and sorrow, from helplessness and laziness, from miserliness and cowardice, from being heavily in debt and from being overcome by men.” Then we reached Khaibar; and when Allah enabled him to conquer the Fort (of Khaibar), the beauty of Safiya bint Huyai bin Akhtab was described to him. Her husband had been killed while she was a bride. So Allah’s Apostle selected her for himself and took her along with him till we reached a place called Sad-AsSahba,’ where her menses were over and he took her for his wife. Haris (a kind of dish) was served on a small leather sheet. Then Allah’s Apostle told me to call those who were around me. So, that was the marriage banquet of Allah’s Apostle and Safiya. Then we left for Medina. I saw Allah’s Apostle folding a cloak round the hump of the camel so as to make a wide space for Safiya (to sit on behind him) He sat beside his camel letting his knees for Safiya to put her feet on so as to mount the camel. Then, we proceeded till we approached Medina; he looked at Uhud (mountain) and said, “This is a mountain which loves us and is loved by us.” Then he looked at Medina and said, “O Allah! I make the area between its (i.e. Medina’s) two mountains a sanctuary as Abraham made Mecca a sanctuary. O Allah! Bless them (i.e. the people of Medina) in their Mudd and Sa (i.e. measures).”

Muhammad had Violated the Qur'an, Part 2 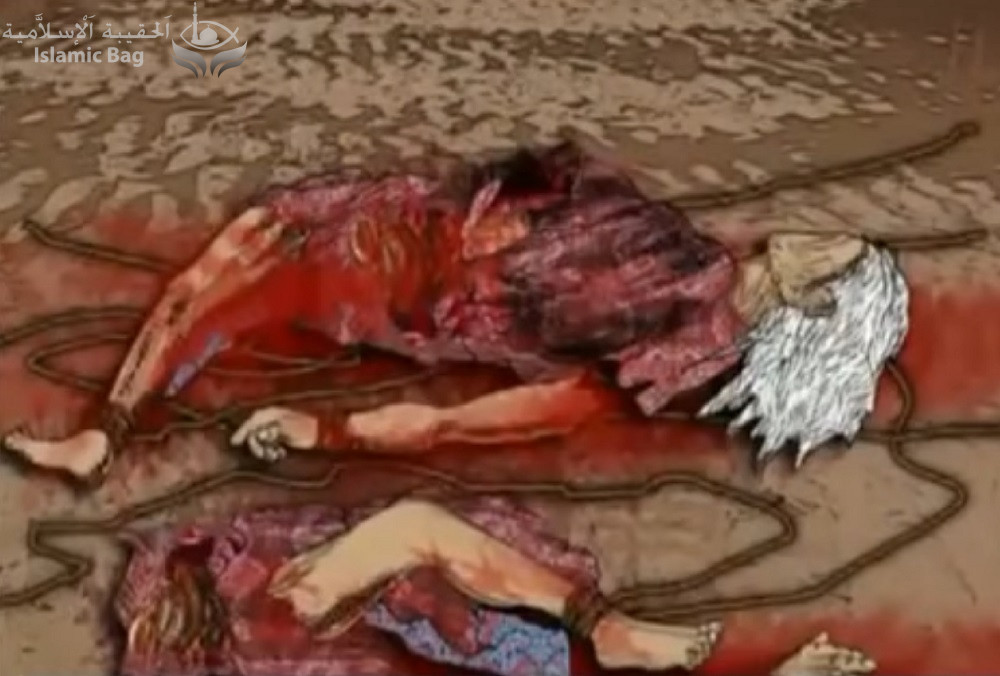 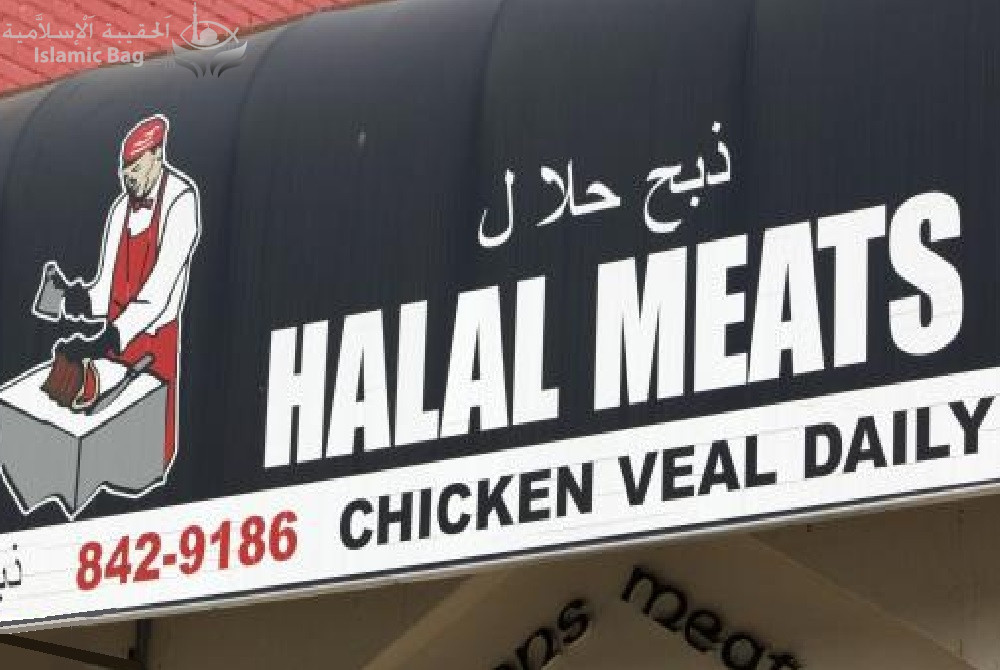 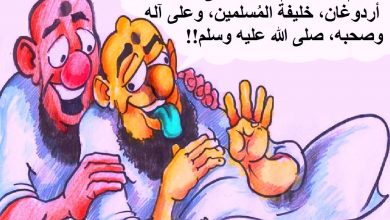 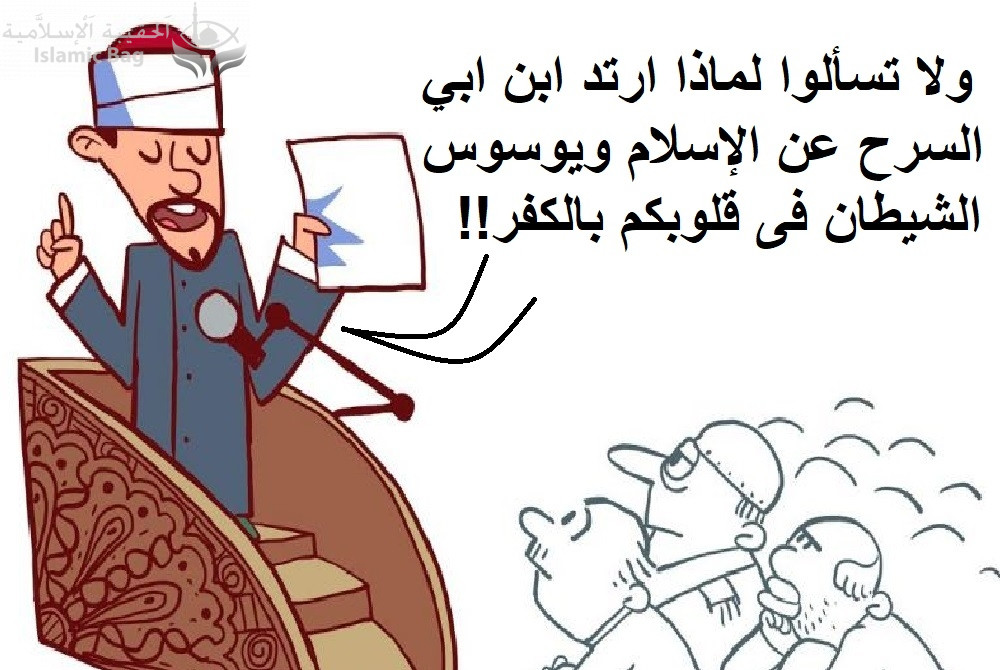